James Wan is a busy man these days. Having steered Furious 7 into becoming both the most financially successful and critically-acclaimed Fast and Furious movie, he's also helmed both of the Conjuring movies and created the Saw franchise. Next up on his directorial list is the Jason Momoa-starring Aquaman for DC and Warner Brothers, but he has also firmly committed to directing the long-mooted Robotech movie as his next project beyond that. 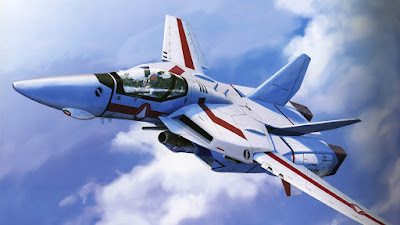 The notion that the classic Veritech fighter won't be front-and-centre in the new Robotech movie is unthinkable for a lot of fans.

The Robotech movie has been on and off for years, with constant stumblings over the budget and rights issues between Harmony Gold (who created the Robotech TV series out of three unconnected Japanese anime series) and the original Japanese creators of the Macross franchise. This led to the very real - if utterly unthinkable for fans - possibility that the new Robotech movie might use new designs for things like Veritech fighters and might actually employ a completely new storyline and set of characters.

Wan's interview with Forbes is the first confirmation we have that the new movie will draw on the Macross part of the mythos and will use the classic characters. However, there is no confirmation yet on whether the film will employ the classic mecha designs or develop something new. Interestingly, Macross creator Shoji Kawamori has said he'd be up for a consulting role on the new film. Given his coolness to Harmony Gold (whose ironclad control of the Robotech franchise has seen all of the later Macross TV series being barred from release in the United States), that is both surprising and welcome news, indicating that the film may be able to use the original mecha designs (whose film likeness rights are still held by the original Japanese creators) if they so choose.

Given that Aquaman won't be out until 2018, I think we'd be doing well to see Robotech this side of 2021, but, unless there are unforeseen problems, the film finally looks like it's on its way.
Posted by Adam Whitehead at 20:49