Star Trek at 50: Returning to the Final Frontier

In January 2017, CBS will air the first new television episode of Star Trek in twelve years. It will be just over twenty-nine years since Star Trek: The Next Generation debuted, and just over fifty since the franchise started in the first place. 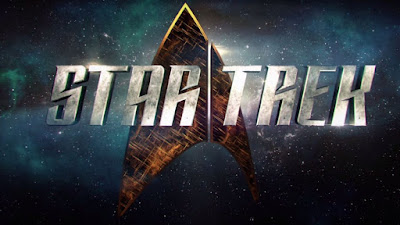 A new Star Trek TV show has been on the cards since Enterprise was cancelled in 2005, but development was delayed by the divorce between CBS and Paramount that saw the Star Trek rights split between the two companies. When Paramount began releasing its new Star Trek movies under the oversight of J.J. Abrams, CBS was also uncertain how to respond. It did not have the rights to make a TV show set in the Abramsverse and relations between the two companies were cool enough to make it unlikely they could get them.

A few things changed CBS's minds. One was the re-release of the original series and then The Next Generation in high definition. Although neither was the smash success they were hoping (and the prospects of a remastering of DS9 and Voyager now seem unlikely), both did reasonably well in international sales and performances on platforms such as Netflix. CBS were planning to set up their own platform, CBS All Access, and saw Star Trek as a potential vehicle to help get it off the ground.

In November 2015 CBS announced that it had commissioned a new Star Trek TV series, to debut on CBS proper with an event premiere in January 2017 but then to be followed by new episodes released exclusively through CBS All Access. International sales would be through more traditional channels.

Star Trek fans were initially disheartened by the news, feeling that locking Star Trek away behind a paywall for a minority service (the chances of CBSAA effectively challenging Netflix and Amazon are non-existent) in its fiftieth year was massively disrespectful to the legacy of the franchise. The news at Alex Kurtzman, who had worked on Star Trek (2009) and Star Trek Into Darkness, was the prime mover behind the series was also greeted with scepticism, although he is generally better working in television (such as on the excellent Fringe) than on film (such as the less-excellent Transformers movies).

However, in the months since then there has been a steady stream of good news. CBS announced that the showrunner for the new project would be Bryan Fuller. Fuller cut his teeth with several Deep Space Nine scripts before becoming a writer-producer on Voyager. He then worked on original, critically-acclaimed (if not massively popular) shows like Wonderfalls and Dead Like Me before working on the first season of Heroes, where he wrote several of the most popular episodes. His departure before Season 2 was cited as a key reason why the show's quality dramatically declined. His later work was highly acclaimed, particularly Pushing Daisies and Hannibal. Whilst developing Star Trek he was also working on the TV adaptation of Neil Gaiman's novel American Gods for Starz, which is now shooting. Fuller brings a tremendous depth of experience in creating quality television with a deep knowledge and love of the Star Trek franchise.

Even more impressively, if that was possible, CBS announced that they had recruited Nicholas Meyer to provide support, advice and scripts. Meyer is the director of Star Trek II: The Wrath of Khan and Star Trek VI: The Undiscovered Country, as well as co-writing both movies and Star Trek IV: The Voyager Home. Those are the three most critically-acclaimed films in the history of the movie franchise. Meyer was also clever enough to take breaks between the films and only come back to work on the franchise when he was inspired by new ideas. Bringing Meyer on board was a very canny move, designed to appeal to old-skool Star Trek fans. Rod Roddenberry, the son of the late Gene Roddenberry, was also involved in the series as an advisor.

The premise of the new series is not known, although it is generally believed that the new series will not be set in the "Abramsverse" of the new movies, as CBS do not have the rights to it and there has been no formal announcement of a deal between CBS and Paramount to allow it. Based on comments from Fuller and alleged leaks from CBS, the new series may be set in the 71-year-gap between the opening scenes of Star Trek: Generations and Star Trek: The Next Generation, but with a new ship and crew (not the Enterprise-B and C which were active during that period). The new series will apparently consist of 13 episodes telling one long, serialised story. There is also a strong rumour that the new series may adopt an anthology format, with future seasons able to move between time periods of Star Trek history and allow it to tell all-new stories or involve characters from prior series where appropriate.

Update: Bryan Fuller has shot down some of these rumours, denying both the pre-TNG timeframe and the anthology format. However, he has confirmed that the series will look to revisit previous Star Trek characters further down the line. It sounds extremely likely that the new show will still be set in the original timeline and probably post-TNG, post-DS9 and post-Voyager. Official confirmation of that has still not arrived, however.

We do know that the new series will shoot in Toronto between September and the start of 2017, and that the series will debut in January 2017. Casting should be announced in the next few weeks.

Fan reaction to the rumours and to the news of Meyer and Fuller's involvement was overwhelmingly positive, but soured a bit when CBS (and Paramount) took legal action against several Star Trek fan series that were in production. The Star Trek fan community had been producing films and even web series for more than a decade, such as Phase II, New Voyages and Of Gods and Men. Remarkably, these had become popular enough to allow them to include veteran Star Trek actors such as Walter Koenig, Nichelle Nichols and George Takei.

In 2015 a fan film called Axanar crossed a red line when it sought to raise funds from crowdfunding sites and use the money to pay professional editors, writers and actors. CBS and Paramount initiated legal action. Axanar won support from many fans and Star Trek Beyond director Justin Lin, as well as J.J. Abrams. However, an attempt by Lin and Abrams to get the motion dismissed backfired, with CBS and Paramount instead issuing guidelines that effectively made any fan films of feature length impossible. Some fans had regarded the Axanar project with scepticism and were unhappy with the allegedly profiteering nature of the project, but others decried what they saw as an attack on the fan community that had kept Star Trek alive in the long years between series.

Star Trek returns to television screens in 2017 and it remains to be seen in precisely what format and how well it does. But it does show that there remains an appetite for the venerable SF franchise fifty years on from its origins, and there is still interest in exploring strange new worlds and seeking out new life and civilisations.
Posted by Adam Whitehead at 14:57

A few daysago Fuller shot down rumors of that time frame and it being an anthology series. Thirteen episodes and a serialized season.