HOMEWORLD REMASTERED gets a substantial update 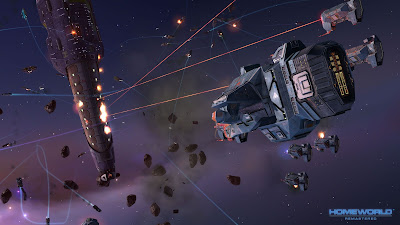 The update addresses everything from minor graphical improvements to much more substantial gameplay changes, including the fixing of formations (which were left a bit unreliable in the original release) to the implementation of correctly-modelled ballistic weapons.

The GoG version of the game is on a half-price sale for the next few days as well. For two of the greatest video games ever made, of any genre, £13 is an absolute steal.
Posted by Adam Whitehead at 19:20