Scott Lynch has unveiled his sketch map for the forthcoming Thorn of Emberlain. This map shows the Kingdom of the Seven Marrows where the book will take place, with Emberlain itself in the north-east. 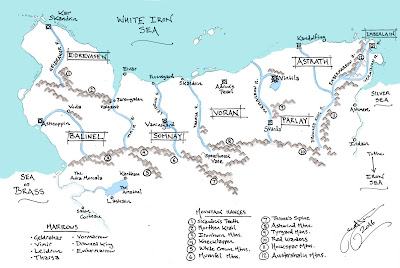 Karthain (the setting of The Republic of Thieves) and the Sea of Brass in the south-east show where this map connects to the one from Red Seas Under Red Skies: 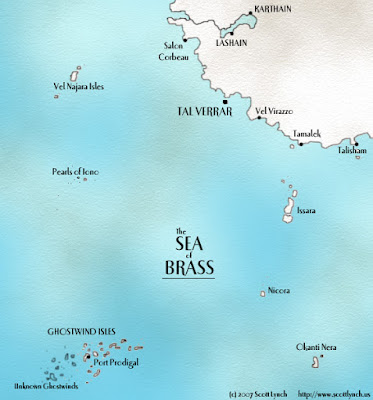 Camorr, the setting for The Lies of Locke Lamora, is located a considerable distance to the east of Tal Verrar.


The Thorn of Emberlain, the fourth volume of The Gentleman Bastard, will be released on 22 September.
Posted by Adam Whitehead at 13:31