PHOENIX POINT announced, a major new strategy game from the creator of X-COM

Julian Gollop should need no introduction to hardened strategy game players. Back in the late 1980s he developed Laser Squad and Lords of Chaos, highly popular and influential strategy games. But he really hit the big time with UFO: Enemy Unknown (aka X-COM: UFO Defense), released in 1994 and frequently cited as one of the very best video games ever made. He wasn't involved in the sequel, X-COM: Terror from the Deep, but did return for the third game in the series, X-COM: Apocalypse, in 1997. 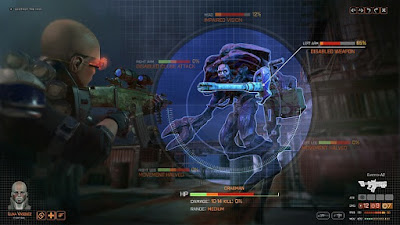 More recently Gollop has been involved with Chaos Reborn, a reboot of Lords of Chaos, and has been providing advice to Firaxis on their XCOM reboot games, Enemy Unknown, Enemy Within and XCOM 2, all of which have been excellent. Clearly Gollop's been re-inspired by these games because he's now announced a new game which clearly draws on both his original series, the reboots and - slightly unexpectedly - survival horror for inspiration.

Phoenix Point sees the world being inundated with a "mist", a plague released from the permafrost which kills a lot of the population and provides cover for a mysterious invasion of mutated creatures. The survivors are divided into dozens of widely-scattered factions with wildly varying agendas. The factions are as likely to fight each other as team up against the monsters, and resources (weapons, food, vehicles etc) will be extremely scarce. The game will also feature a dynamic campaign with events unfolding regardless if your faction is getting involved or not. If you want, you can hold back to see if other factions can weaken the enemy for you before wading in, but you then risk them also getting more loot and equipment in the process. 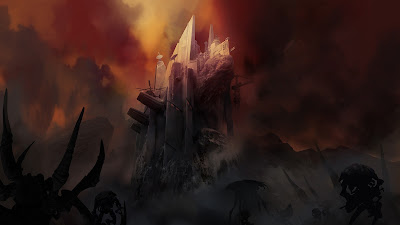 Particularly fascinating is that the turn-based combat mode will feature not just procedurally-generated levels, but procedurally-generated monsters, assembled from a vast array of body types and equipment. There is also a strong focus on an analytical AI, with the enemy reacting to your tactics. Specialise in snipers, for example, and they will develop counter-snipers or fast-moving creatures who can close before you can fire too many times. You will also have to contend with the mist, which forms a barrier and method of concealment on many missions.

The game is not due out until late 2018, but already looks amazing. Gollop is working on the game with a studio and is looking for a publisher. Given his already-excellent relations with 2K and Firaxis (he notes that the faction diplomacy is inspired by Firaxis's Alpha Centauri as well as his own X-COM: Apocalypse), it'd be cool to see the game end up there but I suspect there'll be a lot of interest in this game from other quarters. Part XCOM, part Stephen King, part H.P. Lovecraft, it looks absolutely great, even at this early stage.
Posted by Adam Whitehead at 18:31