The new Dungeons and Dragons film is moving forwards after a lengthy span spent in legal battles. A couple of months ago Warner Brothers announced that Goosebumps director Rob Letterman would be directing the film and now they are deep in the casting process. 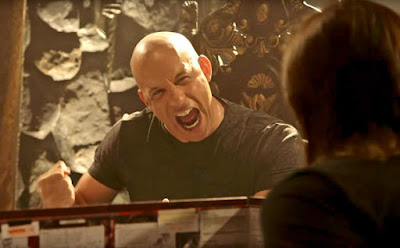 To be clear, Vin Diesel has not been cast in the new Dungeons and Dragons movie. But he probably should be.

Ansel Elgort, who played the lead in The Fault in Our Stars, is in advanced talks to star in the D&D movie. Warner Brothers are also looking for "a Vin Diesel" type of actor for another role, which run through the Universal Marketing Translator, means they want Vin Diesel to do it but not necessarily for his usual high fee. Given The Diesel's well-known love of D&D (he got a cake in the shape of the rulebooks for his birthday), he might be open to negotiation. Let him split a beholder in half whilst screaming "CRITICAL HIT!" and he'll probably be on board.


The new Dungeons and Dragons film will be set in the Forgotten Realms world and will involve the Yawning Portal Inn and the city of Waterdeep. However, slightly curiously, it will be an original story rather than drawing on the hundreds of best-selling novels, gaming supplements or video games. Hasbro and Warner Brothers are looking for a slightly less serious tone for the movie, something more like Guardians of the Galaxy rather than Game of Thrones, and are also hoping it will be successful enough for them to launch a shared movie universe. Normally this would elicit groans, but given the vast diversity and richness of the dozens of D&D worlds, this franchise is actually uniquely suited for such treatment.

It looks like the movie will enter production proper later this year for release in 2018 or 2019.

Meanwhile, producer Tom DeSanto is developing new film and TV properties based on the work of the late D&D co-creator Gary Gygax. D&D itself will not be involved, as Warner Brothers and Hasbro control the screen rights to it, so this will draw on Gygax's other games, novels and materials.
Posted by Adam Whitehead at 13:42

Perhaps this is one of the few situations where going with an original story is not a good idea. D&D inspired stories are rich in detail and entertaining on many levels as they were refined during years of play. Take The Malazan Book of the Fallen as an example. To assume that your story will be better than any of those is hubris.