HBO have confirmed that the seventh season of Game of Thrones will just be seven episodes long, as has been long-planned by the producers. They have also confirmed that location shooting will take place later than usual this year, with some shooting expected to extend into the New Year in Iceland. Normally Game of Thrones shoots from July to December to debut in April, but the producers wanted to take advantage of some actual winter weather to shoot scenes in the North and beyond the Wall. 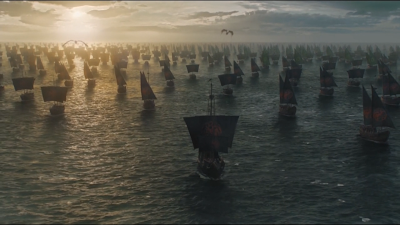 Game of Thrones previously filmed in Iceland in the second through fourth seasons, primarily for scenes in the North and beyond the Wall, but also for scenes set in and around the Vale of Arryn. The seventh season will also continue to use Spain and Northern Ireland as other filming locations.

Because of this, the seventh season will also air later in the year than normal. Although a precise date was not announced, HBO seem to be planning for the series to return in around June 2017.

The show is expected to end with a six-episode eighth season in 2018, but HBO has not formally committed to this plan as yet.
Posted by Adam Whitehead at 16:42