HBO confirm GAME OF THRONES to end after eight seasons

HBO have formally confirmed that Game of Thrones will end in 2018 with its eighth season. 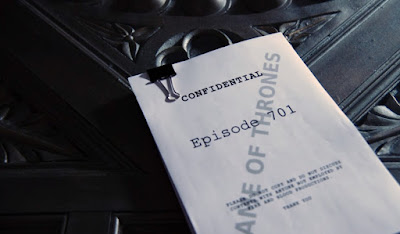 This has been the preferred plan of showrunners David Benioff and D.B. Weiss for some time, but HBO head of programming Casey Bloys has now confirmed that HBO is on board with this as well. The seventh season, consisting of seven episodes, will start shooting in the next few weeks and is expected to run through January, to air perhaps in June 2017.

Benioff and Weiss had indicated that the eighth season might only consist of six episodes, but HBO have not confirmed this so far.

Bloys said that HBO have had some exploratory talks about a spin-off show, but there were no firm plans. If a spin-off project is developed, Benioff and Weiss are unlikely to be involved as they have already committed to a film deal with Fox.
Posted by Adam Whitehead at 19:41