Lucasfilm have released a new behind-the-scenes featurette for Star Wars: Rogue One, which features a lot of new footage from the movie.

They've also unveiled a new poster for the film: 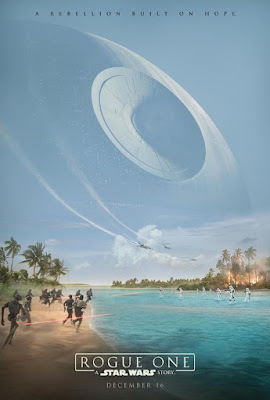 A second trailer for the film aired at the London Star Wars Celebration. The trailer was exclusive for that event, but I wouldn't be surprised to see it released to the wider world in the next few weeks.

Star Wars: Rogue One will be released on 16 December this year.
Posted by Adam Whitehead at 17:46