Narrativia, the production company set up to bring Terry Pratchett's works to the screen, has announced that it is partnering with the Jim Henson Company on a movie version of The Wee Free Men, the first of Pratchett's Tiffany Aching series of novels set in his popular Discworld setting. 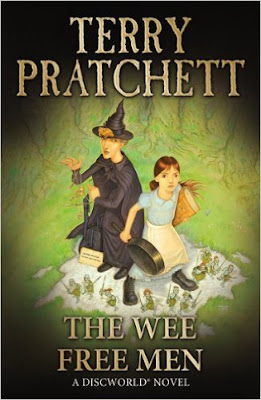 Rhianna Pratchett, daughter of Terry and a critically-acclaimed writer in her own right, will be penning the adaptation. Brian Henson is on board to produce. At the moment it's unclear if this means the Jim Henson Company's formidable expertise in puppets and animatronics will be brought to bear, or if it will be relying more on their digital technology. No director has yet been named.

This is not the first time the project has been optioned. Sam Raimi previously optioned the novel with an air to direct a film himself, but it fell into development hell whilst Raimi was working on the Spider-Man movies and later his aborted attempt to bring WarCraft to the screen. Narrativia is also developing a City Watch television series (previously with the BBC but now believed to be with another company after the Beeb's cutbacks) and an adaptation of Terry Pratchett and Neil Gaiman's novel Good Omens, with Gaiman himself penning the script.
Posted by Adam Whitehead at 16:10