Actor Ron Glass, best-known for playing the role of Shepherd Book in Joss Whedon's classic space opera Firefly, has passed away at the age of 71. 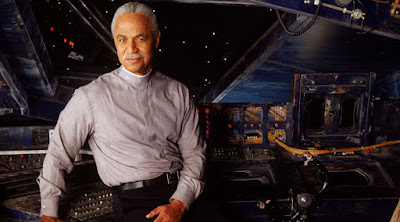 Glass, a practising Buddhist, started acting in the 1970s, landing a recurring role on sitcom Barney Miller which ran from 1975 to 1982. He appeared in more series like The New Odd Couple and Rhythm & Blues. He voiced a role in the animated Disney movie Aladdin and also appeared as a guest star in dozens of American TV shows, including Star Trek: Voyager, CSI and Friends.

However, his most ardent fanbase comes from his regular role on Firefly in 2002. Shepherd Book was a main of faith and peace whose morals came into question from working alongside the crew of the Serenity. Joss Whedon hinted at a complex backstory for Book, but the show's premature cancellation meant that this was not explored further. The 2005 movie Serenity wrapped up Book's story, as he was killed off during the events of the film. However, Whedon subsequently wrote a comic book mini-series, The Shepherd's Tale, which explored Book's backstory in greater depth.

Glass's role on Firefly led to a friendship with Joss Whedon. He later appeared in two episodes of Whedon's TV show Agents of SHIELD.

Glass passed away on 25 November from respiratory failure. He will be missed.