Lin-Manuel Miranda has gained recent fame as the creator, writer, songwriter and star of hit Broadway musical Hamilton, based on the life of Alexander Hamilton, one of the Founding Fathers of the United States. His next project will be epic fantasy, with him tapped to work on on Lionsgate's multimedia Kingkiller Chronicle project. 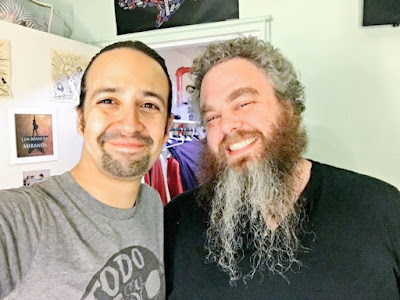 Lionsgate bought the film, TV and video game rights to Patrick Rothfuss's fantasy trilogy, The Kingkiller Chronicle, a year ago. Their plan was to directly adapt the novels as a trilogy of movies, as well as using a TV show to explode side-stories and characters. Apparently they are also considering a stage show based on the trilogy.

Lindsey Beer is writing the script for the first movie, based on The Name of the Wind, and Miranda has been hired to write original songs and work on the soundtrack. Those familiar with the novels will now that the main character Kvothe is an accomplished musician and songwriter, so this is a surprisingly good match. Rothfuss will also be working on the film and TV show as a producer, with Miranda likely to serve as a musical director on the TV project as well. 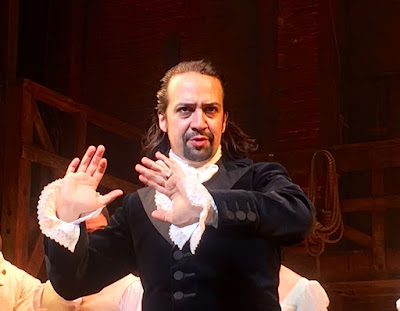 The Kingkiller Chronicle consists of the novels The Name of the Wind (2007) and The Wise Man's Fear (2011). Together they have sold over 10 million copies, making Rothfuss the biggest-selling debut fantasy author of the century so far. The much-delayed third volume, The Doors of Stone, is expected in 2018. Rothfuss's writing will next be seen in the video game Torment: Tides of Numenera, due early next year from inXile Entertainment.
Posted by Adam Whitehead at 19:03

Email ThisBlogThis!Share to TwitterShare to FacebookShare to Pinterest
Labels: lin-manuel miranda, lionsgate, news, patrick rothfuss, the doors of stone, the kingkiller chronicle, the name of the wind, the wise man's fear

I may have been optimistic there. But he recently said that the writing had not been going well, so it sounds like 2017 might be a bit too much to expect.

What evidence is there Doors of Stone will be done by 2018? It doesnt look like he spends alot of time on writing.

Frankly, I enjoyed the books but can no longer be bothered to care. Will read DOS from library if it ever gets published. Mr. Rothfuss will no longer get any of my money for DOS or anything else he may care to publish. I'm sure he doesn't care, but there is no excuse in my book for taking 6+ years to finish this series.

I know this feeling about writing, that it's almost an impossible task and not plannable, and that one more or less has to wait for it to fall into place, but mostly when I am completely subject to someone else's personal demands and prior assumptions, rather than how I think something "should be" or is best.

How about series get finished before they get adapted??

I agree with Jeffrey. While it's true that fans can't force a writer to finish a series they start, there is also a justifiable level of resentment and anger when something you start to read on good faith doesn't look like being finished in any sort of a reasonable time frame.

If you knew that a series was going to take 15 years to be written then you most likely wouldn't start it in the first place.

Stopping some of his 'side-projects', or less time on them would mean that he had more time to concentrate on finishing his series.
But of course thanks to Neil Gaiman, you can't tell an author to do their job because 'reasons'.

Mild tangent, I wonder how sales are effected by these long delays in releases. I would guess it probably cuts both ways. For Rothfuss and Martin (the two biggest examples), I'm kind of past the point in my life where I'm super excited about the next volume. I'll buy it when it comes out, but I'm not rushing to the bookstore when it opens on the release date.

On the other hand, I think having your books being open subjects that stay in the public eye is good for a writers fame. The Dragonbone Chair came out in the same era as The Eye of the World and Game of Thrones and is a match for them in quality but Tad Williams went ahead and wrapped up his story in a reasonable amount of time so he didn't generate the theory and speculation buzz that the other two did by stretching out over so many more years.