A SONG OF ICE AND FIRE tabletop wargame announced

Dark Sword Miniatures, who have been producing high-quality miniatures based on George R.R. Martin's Song of Ice and Fire novels for a decade, are now working on a tabletop wargame with CMON Games. 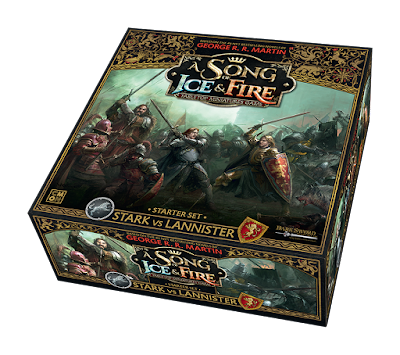 The new game will initially pitch Houses Stark and Lannister against one another. Later expansions will add the other houses and factions. The game will feature military units but also "heroes" (characters from the novels) who will add bonuses and special abilities to their armies.

This is the second ASoIaF miniatures game. The first was Battles of Westeros, based on the BattleLore rules and released by Fantasy Flight Games. Despite FFG's high profile and their proven success with the ASoIaF board game and collectable card game, Battles of Westeros never really took off, was fairly low-key and is no longer available. Dark Sword and CMON are promising much greater support for their new game.


There will be a Kickstarter campaign later this year for the game and a full release is expected in Spring 2018.
Posted by Adam Whitehead at 12:28