The cover artwork for the next Malazan novel has been revealed. 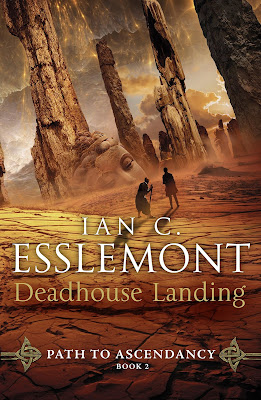 Deadhouse Landing is the second novel in the Path to Ascendancy prequel series by Ian C. Esslemont. Taking place a century or so before the events of Gardens of the Moon and the Malazan Book of the Fallen by Esslemont's colleague, Steven Erikson, this series chronicles the founding of the Malazan Empire.

The book will be released on 10 August this year.
Posted by Adam Whitehead at 22:31

I thought the first book was amazing, so realy looking forward to this.