Showrunners David Benioff and Dan Weiss have confirmed that the eighth and final season of Game of Thrones will only have six episodes. 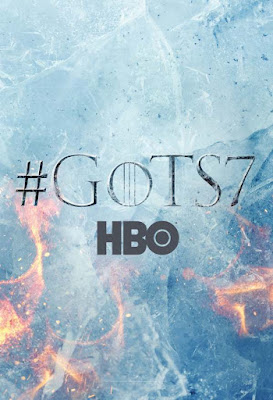 The seventh season debuts on 16 July in the US on HBO and will consist of seven episodes. Weiss and Benioff said last year that they had planned to finish the series in just thirteen more episodes after the explosive finale to Season 6. HBO had refused to confirm that, hoping that the producers could be talked into making more episodes. Clearly that effort has failed.

The final two seasons have the same budget as the sixth ($100 million), bringing the per-episode budget of the series up to $14,280,000. In Season 8 this will increase to $16,660,000 per episode (a massive five times the budget of an episode of The Walking Dead, for comparison). Game of Thrones is, easily, the most expensive ongoing TV show in television history.

The eighth and final season of Game of Thrones will begin production towards the end of this year and will air in summer 2018. HBO are in early discussions with George R.R. Martin about making a possible spin-off series to replace it, but have not announced any firm plans. Such a series will not involve Benioff or Weiss, who have a movie development deal with Fox Studios.
Posted by Adam Whitehead at 21:13

I think they should consider a Novelization.

Any chance Winds is done before the season starts in July?

Any chance it's done this calendar year?

The start? The rate he's going, WoW would not be out before the end of the season; much less the start!

I find it curious that Martin back in September 2015 honestly believed, as he said in his blog post, that WoW would be done by New Year 2016, and yet it's still nowhere in sight.

Even accounting for all the rewriting and stuff, how is it possible to have the book almost finished (because Martin wouldn't have said his publishers that the book would hopefully be done within 3 months if he wasn't close to finishing it) and now, almost 2 years later, no news. I guess the Meereenese Knot, or some variation thereof, still haunts him...

Even if Martin turned in the book tomorrow, it's very unlikely they'd get it on shelves by July.

I have never been in this camp until just recently, but now I genuinely wonder whether there will be in print conclusion to the series. At the rate this goes, it could be another 7-8 years before GRRM finishes at current pace. By that point the show will have provided an ending half a decade before and Martin will be around 75 years old. The show being over will make the series fade from mainstream consciousness a little bit. Is it really a sure thing that he's going to be motivated to putting the finishing touches on his own version of the story in 2025?

Could it be done this calendar year? Yes. Whether it will or not is another question.

"Even accounting for all the rewriting and stuff, how is it possible to have the book almost finished (because Martin wouldn't have said his publishers that the book would hopefully be done within 3 months if he wasn't close to finishing it) and now, almost 2 years later, no news."

The rule of thumb at this point has to be to take every update short of "The Book is done and has been submitted to the publisher" with a grain of salt. The few times he's made guesses on when he would finish an unfinished book, they've been WILDLY over optimistic. It is what it is at this point. Everyone has a supposition about his writing habits and there's really no way of knowing if he's spending all day in front of his word processor and just not making useful progress or if he's just not spending the time. Book could be done tomorrow. We could still having this conversation two years from now.

I think that nobody should expect the book series to finish in the foreseeable future. Just be glad that there will be an ending in another media, TV.