Columbia Pictures has released the first poster for The Dark Tower, its upcoming movie adaptation of Stephen King's eight-volume novel series of the same name. The film stars Idris Elba as Roland Deschain, the Gunslinger, and Matthew McConaughey as Walter Padick, the Man in Black (in this version of the story, anyway). The film is flippable, focusing on Roland from one angle and on the Man in Black from the other. 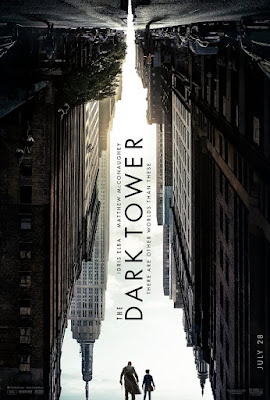 The film is both an adaptation of, and sequel to, King's books* (see below, but SPOILERS). The plan is for this to be a multi-film project, with the first film drawing on elements from the first three novels in the book series. There will also be a TV series exploring Roland's backstory as revealed in the fourth novel, with Elba appearing in framing sequences for the flashbacks and a younger actor playing the teenage Roland.

The film is directed by Nikolaj Arcel (A Royal Affair) and also stars Tom Taylor, Katheryn Winnick and Jackie Earle Haley. It will be released on 28 July. The TV series will air in 2018. 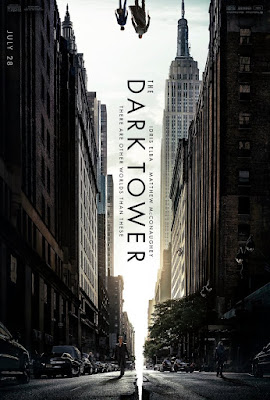 SPOILERS AFTER THE JUMP 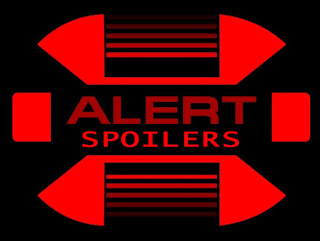 * The story of The Dark Tower forms a time loop, with the novels ending at the very moment they begin, with Roland Deschain beginning his search for the Man in Black. However, things can change with each cycle. At the end of the novels Roland gains control of a powerful artefact, the Horn of Eld, which he will be carrying in the films. As such, the movies form a continuation of the story in the novels as well as adapting them (because many of the same storylines and characters from the novels will be reprised, in a different form).
Posted by Adam Whitehead at 21:18

That is actually a pretty cool way of doing the movie. Doesn't explain how Roland is black all of a sudden though lol, but that is artistic interpretation too and Elba is a fantastic actor so I'm not certainly not writing him off at all.

Hopefully the movie is decent, cause the books (last 3) really dropped off a cliff in terms of quality imo.

That's quite a feat!

Disappointed in this poster. So many possibilities with this story-- from the iconic opening line, to, I don't know... maybe the Tower itself (you know, the thing the franchise is named after), and they choose a bland modern cityscape? It reminds me a lot of some of the posters for The Dark Knight and The Dark Knight Rises. If I didn't know anything about The Dark Tower, this poster wouldn't give me any reason to care.

You realized that the space between the building forms the silhouette of the Dark Tower, right?