A Trio of Random Links

Three interesting links for this afternoon:

Christopher Lee is releasing a 'symphonic metal' album, By the Sword and the Cross, about his ancestor, Charlemagne the Great. The album, due in March, is not the 87-year-old Lord of the Rings actor's first brush with metal, having previously guested on Manowar and Rhapsody of Fire albums. 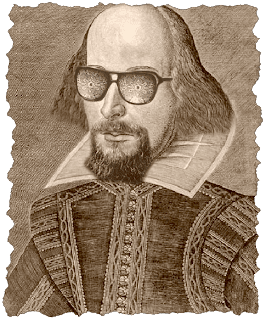 Meanwhile, if you have ever asked the question - and who hasn't? - "What if Shakespeare had written the script for The Big Lebowski?" this website answers the question in some style.

Finally, British 'baroque-and-roll' band Muse have been asked to pen the soundtrack for upcoming movie Clash of the Titans, which could be quite interesting.
Posted by Adam Whitehead at 14:10

Interesting choice for the Clash of the Titans soundtrack.

And the words Christopher Lee and symphonic metal just don't seem to go together. But I'd be willing to give it a listen!

"Were thou to bring a gentle cock to mine bed-chamber, I might help him to success for ten shillings."

Muse are one of the world's greatest ever bands. They're touring here in Oz in a couple weeks and I'm gonna miss them 'cause they're only playing a festival and not doing side shows :( Ah well, seen 'em a few times already.

Clash looks like idiotic fun but Muse Music added to is would make it even more fun.

I do like playing the Muse songs on the Guitar Hero games ;-)