Hobbit 'close' to a greenlight

It is being widely reported in the entertainment press than a deal to allow filming of The Hobbit to begin in January is close to being signed and announced. MGM, despite its troubled financial state, has apparently reached an agreement with New Line and Warner Brothers which will resolve the outstanding issues from their end. 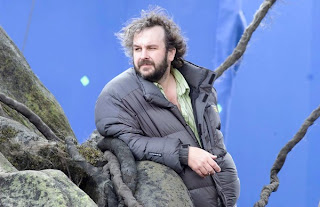 This is surprising, but welcome, news. Recently it looked like the project was, if not cursed, than certainly suffering from severe bad luck. Director Guillermo del Toro left the project several months ago, citing the delays as the main reason, whilst a small fire hit a miniatures facility that Jackson had been planning to use to shoot the movie. Last week a major union dispute led to Jackson threatening to move production to Eastern Europe, although apparently this dispute is also close to being settled to allow filming to go ahead as planned in New Zealand.

If the deal goes through, Peter Jackson is also expected to announce that he himself will direct the two movies, which are now scheduled for release in December 2012 and 2013. But, as with all news on this project, don't believe anything until the cameras are rolling.
Posted by Adam Whitehead at 14:01