Deadline is reporting that Peter Jackson is all set to go to direct the two Hobbit movies. Warner Brothers is apparently going to shoulder the financial burdens of the film that chaos-stricken MGM cannot handle, to the tune of $500 million for two films in 3D, to be released in December 2012 and 2013. Production now looks like starting in January 2011. 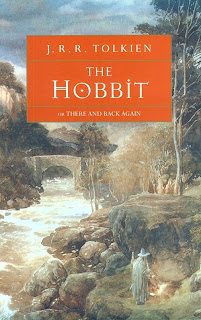 Sounds good and Deadline are usually pretty accurate with their stories, with the caveat that nothing should be fully believed until the other industry-watchers start reporting it. A major hurdle still to be cleared is the ongoing dispute between the film-makers and the unions, with the film-makers revealing they are looking at five other countries as alternate filming locations (including Canada).

Meanwhile, Warner Brothers have also hired Zack Snyder to direct their new Superman film. Snyder, the director of 300 and Watchmen, will start work on the movie next year. He will be working from a script by David Goyer and Christopher Nolan, the team behind the new Batman films, whilst Christopher Nolan works as a producer on the project (Nolan himself is getting work on the third Batman picture underway). Little else is known, except that Snyder claims that Brandon Routh, who played Superman in Bryan Singer's Superman Returns, is unlikely to return in the title role. Oh, and General Zod is current front-runner for the main villain (good call; Lex Luthor is great, but overused).

An interesting and unexpected choice. Watchmen had a mixed critical reception and was only a modest box office success, whilst both it and 300 relied to a degree on the director's trademark slow motion, visceral and violent style, which would not seem an immediate fit for Superman. Interesting to see how this works out.
Posted by Adam Whitehead at 23:40

Yeah, I heard about this, too, on the radio. It's always a bit amusing to hear about this sort of madness in the industry, isn't it?