After much speculation about when Sky would schedule Game of Thrones, the satellite broadcaster has confirmed they will be showing the series on Monday 18 April 2011 on Sky Atlantic, just one day after US transmission. 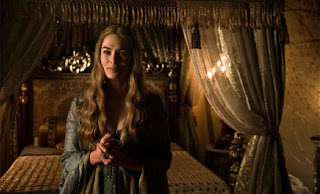 Previously Sky had indicated that they saw Saturday nights as their main slot for drama, leading to speculation that Sky would show the series a week after the UK. Perhaps realising this would lead to lots of illegal downloading, they've decided to air the series as close to US transmission as possible, even making it a selling point in their advertising for the series.
Posted by Adam Whitehead at 20:22

Email ThisBlogThis!Share to TwitterShare to FacebookShare to Pinterest
Labels: a game of thrones (TV series), a song of ice and fire, hbo, news

As much as I would love to watch this series, sadly it isn't a compellign enough reason to sign up to cable or sky. It may be a long wait for Freeview/DVD.

So are you actually excited? Or is it true that you're a robot? I bet you can't wait to analyse it and write critical reviews!!!!!!! =)

Cautiously optimistic. Glad to see it happening, concerned they might balls it up. Last time I felt like this was for FELLOWSHIP OF THE RING ten (!) years ago :-)

@ JamesY: Keep an eye on Sky 3 on Freeview. They've been showing the first couple of episodes of each series Sky Atlantic have been showing as a free taster for each series, so THRONES will likely be on there (if only the first 1-2 episodes) in late April or early May.

I think the showings of Boardwalk Empire on Sky 3 were part of their free weekend pass they did. If it is a regular thing they intend doing then great!!

Someone asked Sky on Twitter and they said they may very well do it on a regular basis for some of their shows, and to keep an eye out to see if GoT was going to be one of them.