Margaret John, who was cast in Game of Thrones as 'Old Nan', sadly passed away today at the age of 84. Her voice can be heard in one of the trailers for the series, warning of the coming winter and the white walkers. 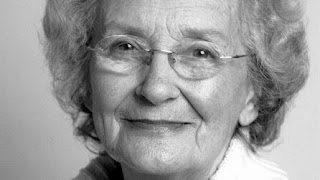 She had a long and distinguished career in television, but had seen a recent resurgence after being cast as the scene-stealing 'Doris' in British sitcom Gavin & Stacey. She had also appeared in Doctor Who (both the original and new versions) and Blake's Seven, amongst many other TV, film and stage appearances.

Margaret John had completed shooting all of her scenes for Season 1 of Thrones, which wrapped shooting in mid-December. Her character continues to make small appearances in the second book (which will form the basis of a potential second season), though arguably not critical ones. Whether the role will be recast or dropped is not known at the moment.

More on Westeros, Winter is Coming, and the BBC.
Posted by Adam Whitehead at 14:39

It's so sad every time when old actors pass away(((