Nicholas Courtney has passed away

Sad news. Actor Nicholas Courtney passed away yesterday at the age of 81. He is best-known for his long-running recurring role on Doctor Who, where he played the role of Brigadier Alastair Lethbridge-Stewart in 107 episodes over twenty-one years. He later reprised the role for various audio dramas and an episode of The Sarah-Jane Adventures in 2008. Courtney is noted for appearing alongside more Doctors than any other actor in the history of the series. 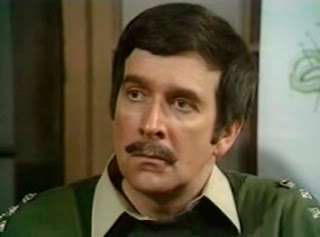 Courtney, the son of a British diplomat, was born in Cairo and considered a job in the military before switching to acting. He appeared on stage before getting roles on television shows such as The Avengers, The Champions and Randall and Hopkirk (Deceased). In 1965 he was cast in the role of Bret Vyon in the epic twelve-part Doctor Who serial The Daleks' Masterplan, appearing alongside William Hartnell as the First Doctor. After several episodes, his character was killed by Sara Kingdom, played by Jean Marsh.

Impressed by Courtney's performance, director Douglas Camfield re-hired him three years later for the 1968 serial The Web of Fear, in which the Second Doctor (Patrick Troughton) and a military taskforce commanded by Colonal Lethbridge-Stewart confront robotic yetis in the London Underground. The story was a big hit, and later that year the character reappeared in The Invasion. In this story it is revealed that, following a string of alien attacks on Earth, the United Nations Intelligence Taskforce (UNIT) has been formed to help defend the planet from alien incursions, with Lethbridge-Stewart, now a Brigadier, placed in command. The Second Doctor and UNIT joined forces to avert a Cyberman invasion of the planet.

With both stories being a big success, producers decided to adopt this as the new standard format for the series, allowing them to reign in the spiralling production costs (a by-product of the show needing new sets, costumes and props for every new planet visited in every serial) and also allowing them to switch to colour recording and transmission. This new era was introduced with the first serial of the seventh season in 1970, Spearhead from Space, which also introduced the Third Doctor, played by Jon Pertwee. Courtney's character was made a regular and he appeared in the majority of the serials produced from 1970 to Pertwee's departure in 1975. The Brigadier was usually supportive of the Doctor's stance in combating alien menaces, but he and the Doctor often clashed over methods, with the Doctor preferring a scientific or diplomatic solution to a military one. As the years passed the Brigadier mellowed and gave the Doctor much greater trust and leeway in resolving crises his way.

After Tom Baker's introduction as the Fourth Doctor, the emphasis moved back to space-based adventuring, and the Brigadier only appeared in two serials during Baker's seven-year tenure (Robot and Terror of the Zygons, in the latter of which UNIT battled a cyborg Loch Ness Monster which attacked London via the Thames). The Brigadier returned, now retired and running a boys' boarding school, in Mawdryn Undead in 1983, where he encountered the Fifth Doctor (Peter Davison). Later that year he returned for the show's 20th anniversary special, The Five Doctors, where his character finally met the First Doctor, albeit played by Richard Hurndall (as Hartnell had passed away several years previously).

Courtney's final appearance in Doctor Who came in 1989, in the serial Battlefield (the first of the 26th Season, the last season for sixteen years) where his commission was reactivated so he could help UNIT and the Seventh Doctor (Sylvester McCoy) deal with a fresh crisis. Coming full circle, this serial also saw Courtney working with Jean Marsh once more (playing an alternate-reality version of the Arthurian figure Morgaine), and Courtney reminded her that she had killed him in their previous encounter twenty-four years previously.

Whilst Doctor Who was off the air, Courtney worked with Colin Baker as the Sixth Doctor and Paul McGann as the Eighth on several audio dramas. He also worked with David Tennant on two audio dramas, though Tennant was not playing the Doctor at this time.

Courtney was deeply appreciative of the profile given to him by his time on Doctor Who, and regularly attended conventions and fan gatherings. He was also the honorary president of the Doctor Who Appreciation Society. In 1998 he published his autobiography, Five Rounds Rapid!, after a fan-favourite piece of dialogue from the 1971 serial, The Daemons. An updated biography, Still Getting Away with It, was released in 2005.

After Doctor Who's return in 2005, fans speculated that Courtney would make a guest appearance. However, plans were complicated by Courtney's sporadic availability, as he remained active in stage roles. In 2008 he finally returned to the role of the Brigadier, this time during a two-part adventure, Enemy of the Bane, in the spin-off series The Sarah-Jane Adventures, co-starring alongside Elisabeth Sladen's Sarah-Jane Smith, whom he first worked with during Jon Pertwee's final season. His final on-screen appearance was as the Archbishop of Canterbury in the 2008 movie Incendiary, starring Ewan MacGregor.

Nicholas Courtney was well-loved and respected by both Doctor Who fans and also the many actors and production crew he worked with over the years. SFX has posted both a memorial and an older interview with him on their website here.
Posted by Adam Whitehead at 14:43

Email ThisBlogThis!Share to TwitterShare to FacebookShare to Pinterest
Labels: doctor who, memorials, news