The Hunger Games by Suzanne Collins

Over a century from now, North America is a land ravaged by floods and war. Out of the ashes a new nation, Panem, has emerged, consisting of the glorious city known as the Capitol and twelve outlying districts which only exist to provide the Capitol with resources (a thirteenth district was destroyed in a rebellion three-quarters of a century ago). To keep the people in line, the government enforces the Hunger Games, a reality TV show where twenty-four teenage boys and girls must fight one another for survival in a game of wits and strength. 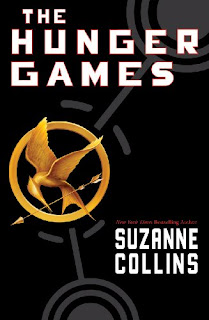 Sixteen-year-old Katniss Everdeen volunteers to take the place of her sister when she is selected for the Games. Transported to a hostile wilderness, Katniss must use every bit of her cunning and her training as a hunter to prevail.

The Hunger Games is the first book in the trilogy of the same name. First published in 2008, it has become a hugely successful novel, spawning two sequels and a forthcoming movie adaptation, and has won plaudits from both younger readers and adults alike (Stephen King is a noted fan). 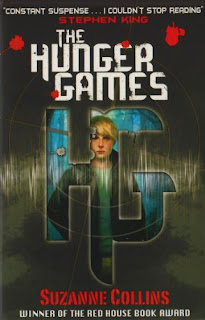 The premise is unoriginal but Collins nevertheless executes it reasonably well. This is a brisk read where Collins develops the plot and delivers action beats with skill, but not at the expense of characterisation (though, with only two characters of note to develop, this isn't as challenging as it could be). Katniss is an intriguing but more interesting is the way that Collins establishes the motivation and character of Peeta, Katniss's sometimes-ally in the games, since we only see him through Katniss's eyes. Characters outside these two are less well-developed, however.

Collins also holds back on exploring the full savagery of the games, perhaps understandably given the target audience. Still, there is the feeling that we more hear about how horrible the games are rather than seeing them in full flow (one tense moment involving mutated dogs aside). In addition, we know very little about the other contestants. A couple get some nice moments in the sun so we feel bad when they die, but generally the focus of the game itself is the mental battle of wills and PR that Katniss and Peeta are playing with the people running the game. This is surprising and considerably more difficult than just showing the contestants offing one another, since this struggle can only by necessity be depicted through one side, since we only have Katniss's POV, so we, like her, can only guess what the people in the Capitol are up to. To Collins' credit she pulls it off, and works in a couple of interesting themes about reality TV, bloodsports, PR and marketing into the bargain.

The book does have a potential problem in that it does come off very much like a Battle Royale-lite. Whilst that's not a problem if you've never read or seen Battle Royale, if you have then the weaknesses of The Hunger Games become slightly more apparent. Most notably, whilst Collins' Games are cruel, they don't match the shocking harshness that Royale achieves by simply having all the contestants be in the same school year, meaning they've known one another for years before having to kill one another. In that sense, Koushan Takami scores higher with some of the things he wants to say about youth and teenager-hood being a Darwinian struggle for survival. At the same time, the two works, whilst stemming from the same basic idea, are aimed in rather different directions and Takami benefits from a much greater word-count and a more adult audience to work with, so comparisons between the two are fair only up to a point.

Moving on from that, The Hunger Games (****) is a fast-paced, enjoyable read with some interesting (if hardly revelatory) things to say about celebrity and PR, not to mention a counter-intuitive approach to the inevitable romance story, but suffers a little from the well-mined premise and patchy characterisation. The novel is available now in the UK and USA.
Posted by Adam Whitehead at 18:08

2 1/2 stars for me. I thought the writing was terrible.

2.5 Stars from me. A novel about a fight to the death competition where characters rarely have to kill anyone, never had to kill anyone in morally dubious circumstances and if they do have to kill anyone the author never allows them to reflect on it. When the scariest thing in a book about children being forced to murder other children for the entertainment of the masses are hallucinogenic genetically modified wasps with a silly name, something is very wrong.

Still it gets you turning pages like there's no tomorrow. Damn those cliffhangers!

Love the books...but Wert my friend you lose points for not mentioning the best part.

I love the romance connection between this two and how is blossomed. Everything was perfect. The plot, the drama, and the action. OMG! The action was just breath taking. Every turn, every emotion, I felt along side with Katniss. She did everything she could to survive.