SyFy has unveiled a new trailer for The Expanse, its forthcoming adaptation of James S.A. Corey's SF novel series of the same name. You can only see it for now over at EW. 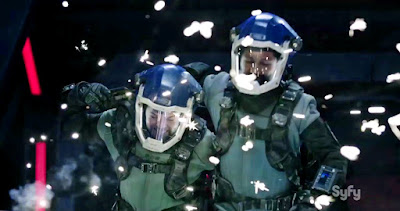 Based on Leviathan Wakes, the first of an estimated nine books in the series (although elements and characters from the second novel, Caliban's War, also seem to be present), the 10-episode first season will begin airing in December on SyFy in the USA. No UK broadcaster has been announced yet.
Posted by Adam Whitehead at 16:19

I love the books - I hope they don't mess this up

The project was doomed to failure the minute SyFy became involved.