The Rebel Alliance has been dealt a severe blow with the destruction of its base on Hoth. In the aftermath of the disaster, numerous factions sympathetic to the Alliance have been exposed and the Empire has taken vengeance. Caught up in the chaos are the Azzameens, a trading family supplying the Rebels. With the Empire closing in, the youngest pilot in the family elects to the join the Rebels and help in the fight. However, his loyalties to his familes remain strong... 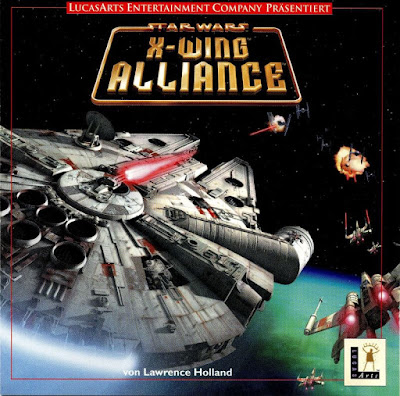 X-Wing Alliance was originally released in 1999 and is the fourth and final game in the X-Wing series, following on from X-Wing (1993), TIE Fighter (1994) and the multiplayer-focused X-Wing vs. TIE Fighter (1997). The game opens during the events of The Empire Strikes Back and concludes with the epic Battle of Endor from Return of the Jedi, with the player helping flesh out events in the background of both movies.

X-Wing Alliance is, technically, the most accomplished game in the series. The graphics are far superior to the earlier games and the fighter cockpits are now all fully-modelled 3D environments which you can look around in. The game has the widest variety of ships and stations in the series and bumps things up a notch by allowing you play small freighters, such as the YT-1300 and 2000-series Corellien freighters and, in the final mission, the Millennium Falcon itself. The game also unfolds over a larger scale, with many missions requiring multiples jumps through hyperspace to other star systems. The engine can handle far vaster battles than the previous game, with the concluding Battle of Endor involving over a dozen capital ships and hundreds of fighters. The game also makes excellent use of the movie soundtracks and sound effects to form the perfect backdrop to the game. 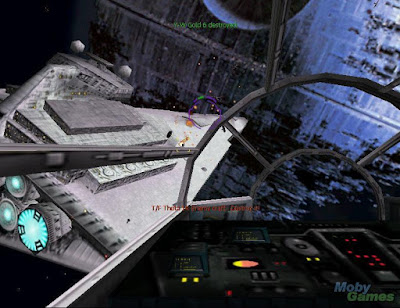 It remains controversial over if this is the best game in the series, however. For my money it is. It has the best pacing, the best difficulty curve (one or two insanely hard spikes aside) and a growing sense of menace and scale as the assault on the second Death Star approaches. There are 50 missions, which is a lot for this kind of game (the others only reached this size with their expansions included), especially since many of these missions are longer than the very longest missions in the previous titles. It's certainly a big, satisfying game which takes the previous mixture of spectacular space combat, in-battle tactics and larger strategy (through the ability to give wingmen orders, which they handle better than ever before thanks to much stronger AI) and tightens everything up a notch.

The biggest weakness - and it is not a major one - is the storyline involving the Azzameen family. Ignoring their silly name (and you even sillier designation as "Ace"), this storyline does get you involved in the game a bit more than in its forebears, which gave your character no backstory at all. However, the game forces you to sit through several fairly tiresome family-oriented missions before you get to the join the Rebellion and hop in an X-wing. The addition of freighters to the game is a good one, but these end up being a bit overpowered due to their auto-tracking turrets. This is especially notable in the YT-2000 Otana, which has two gun batteries and requires you to merely be pointed in the enemy's vague direction to scythe through entire squadrons - even of TIE Avengers and Defenders - with impunity. These missions can be a bit more fun as they involve characters not associated with the Rebels, such as your crazy sister Amon and even crazier brother Emon (not the most exciting names), and your psychotic droid co-pilot MK-09 (a slightly less homicidal forerunner of HK-47). They bring a bit more personality to a game series that was, until this title, rather lacking in personality. 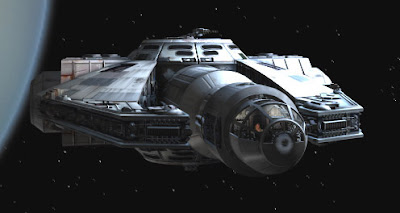 One slight problem with this story is that it's not entirely concluded at the end of the game. The Azzameen storyline ends on a cliffhanger with a traitor being exposed in the family and doing a runner. Clearly, his pursuit would have factored into any expansion to the game. However, X-Wing Alliance suffered badly in the Great Space Combat Crash of 1999, selling disappointingly, and no expansion or sequel was made. Fortunately the game's core storyline finishes fairly decisively with the Battle of Endor, which provides more than enough closure for the whole game.

X-Wing Alliance's other big problem was one of timing. The X-Wing series had comfortably usurped the Wing Commander franchise's crown as Best Space Combat Series and worn it well through the 1990s, but just a few months before X-Wing Alliance came out another game was released. Conflict Freespace: The Great War was, despite a dodgy name, an altogether hardier and better game, with superior, more visceral combat, better visuals and far weightier handling. It left the X-Wing series looking a bit tired. Even worse was to come when Freespace 2 was released about six months after X-Wing Alliance. Freespace 2 was space combat perfected and pretty much killed the entire genre stone dead by not giving it anywhere to develop.

Freed from contemporary issues, X-Wing Alliance (****½) emerges as a still impressive, top-notch game. It is available now from GoG. Unlike the earlier X-Wing games, which were made before the modding scene took off, X-Wing Alliance allowed modding and the results include the impressive X-Wing Upgrade project, which improves the visuals massively of the whole game. I strongly recommend it as it both upgrades the in-game models to something far palatable for modern gamers, and also adds widescreen support for current monitors.
Posted by Adam Whitehead at 21:33