Blizzard Entertainment have posted some job vacancies indicating that they are working on remakes of some of their most popular older titles. It appears that Diablo II, Warcraft III: Reign of Chaos and the original StarCraft are all being updated to work better on modern machines. 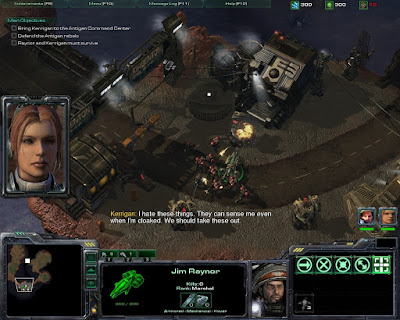 There's already a popular mod that puts the StarCraft and Brood War missions into the StarCraft II engine. Blizzard may be looking at doing similar and official.

It's an interesting announcement because the problem isn't really compatibility: all of Blizzard's games can be made to work on modern PCs and Macs without too many problems, a tribute to their robust programming and how well they've kept their games updated over the better part of twenty years. The problem appears to be one more of overcoming technical limitations. The gameplay of the original StarCraft is sublime (and in fact in terms of mission design and concise storytelling, it remains superior to StarCraft II) but the fact you can only build five units at a time, you can't auto-order new resource gathers to gather new resources as they are produced and you are stuck to big, blocky pixels with no way of changing resolution is now rather irritating. It'd also be nice to see the cut scenes from the games revamped and updated.

How comprehensive the remakes are going to be remains unclear. They could be simply spruced up versions of the originals, with better interfaces and the ability to change resolutions, or they could be full-scale remakes in the engines of their sequels.

More news is expected at this year's BlizzCon, which runs over the coming weekend. Blizzard are also expected to release the first full trailer for the WarCraft movie; having a revamped version of WarCraft III for when the film comes out will likely be a nice piece of marketing (WarCraft I and II being such older and more primitive games that they would require much more thorough reworkings to be brought up to modern standards).

UPDATE: Blizzard have indicated that their plan is to simply update the games to work more reliably on Windows 7, 8 and particularly 10, as Microsoft is planning on withdrawing support for older versions of DirectX in the next few years. They'll also be addressing bugs and exploits from the multiplayer versions of those games.
Posted by Adam Whitehead at 20:29

I'd be happy just with unlimited grouping, auto-gathering resources, and better graphics. I love original Starcraft and Starcraft Brood War.