A History of Epic Fantasy - Part 28

Epic fantasy has been the most commercially popular strand of the fantastical genre, but it has certainly come in for criticism from more literary quarters. In the late 1970s Michael Moorcock dismissed the genre as being simply "Epic Pooh" (an overwrought version of children's stories like Winnie the Pooh) and M. John Harrison (author of the Viriconium sequence of surreal fantasies) decried the genre for the "clomping foot of nerdism" in its overreliance on worldbuilding and trying to rationalise what should remain irrational. The genre has also been criticised for often descending into being "Medieval Europe with Dragons" rather than trying to be something weirder and more thought-provoking. Not everyone from the literary end of the spectrum agrees with this - Gene Wolfe is a huge Tolkien fan, for example - but it's certainly a point of view with some significant adherents.


Starting in the 1990s, fantasy began to move in slightly odder directions less reliant on dragons and magic and pseudomedieval Europe. Garry Kilworth employing Polynesian mythology (complete with a vast number of tiny gods and some very strange customs) in his Navigator Kings trilogy can be seen as part of this, as can some of the more bizarre concepts in works by Steven Erikson and Glen Cook. But it took a series of novels published between 2000 and 2006 to really ramp up these elements. This period became known as the New Weird. 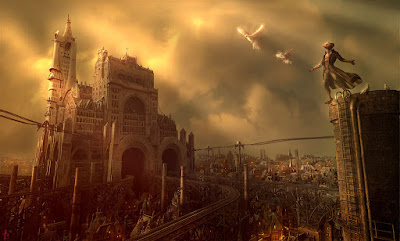 Published in 2000, Perdido Street Station was the second novel by British author China Miéville. His first novel, King Rat (1998), had been an urban fantasy indebted to the likes of Neil Gaiman's Neverwhere (1996), but Perdido Street Station was something different. It was set in the sprawling, uncertain cityscape of New Crobuzon, a city of squalor and beauty where insects make art and the government dines the ambassadors of hell. Cactii-people live and trade alongside the inhabitants of a thousand lands and the city is linked by elevated railway lines carrying souls to work and destinies and deaths. It is part steampunk, part urban fantasy, part horror and part Alien.

Perdido Street Station is a remarkable novel, utterly beautifully written and powered by an imagination almost unmatched in the modern fantasy genre. The city of New Crobuzon lives and breathes in a way few fantasy metropoles ever achieve. Miéville populates his city with strange people but also gives them a feeling of how they live and work day-to-day. New Crobuzon is both weird and workable. Oddly, despite Harrison's criticisms of traditional fantasy and lauding (and some might say foreshadowing) of the New Weird, this works mainly because Miéville invests strongly in worldbuilding, making the city work and feel real. It even first saw light in a home roleplaying campaign which Miéville used to develop the location before trying to realise it in prose.

If Perdido Street Station works as a fantastic piece of atmosphere and mood, it's less successful in working as a structured novel, as the basic plot boils down to a bug hunt for a monster. It's the incidents along the way and the people the reader meets that makes the book so fantastic. It falls to the successor (not a true sequel), The Scar (2002), to really sing on every level. This book starts off as a travelogue, with the core characters departing New Crobuzon in search of the mysterious floating city of Armada, located somewhere in the vast ocean. As the book continues it invokes elements of Moby Dick whilst also remaining very much its own beast. The story is far more original and strange than Perdido Street Station, the characters more vivid and the situations more bizarre whilst also remaining a compelling read. It's Miéville's masterpiece.

Miéville has only released one novel since set in the same world of Bas-Lag, namely the excellent Iron Council (2004), but he has explored other worlds and settings in his fiction. Un Lun Dun (2007) and Kraken (2010) are urban fantasies set in London, Embassytown (2011) is science fiction flavoured by the New Weird and Railsea (2012) is set on a world where the ocean has been replaced by an endless landscape of train tracks. The Tain (2002) is a post-apocalyptic tale. His most successful post-Bas-Lag novel is The City and the City (2009), a weird tale that features one city split into two parallel realities where the people of one side can see those of the rest but cannot interact with them on fear of abduction by a supernatural force. Miéville will publish two novels in 2016, This Census-Taker and The Last Days of New Paris, but it appears that a return to Bas-Lag is not in the cards for the near future. 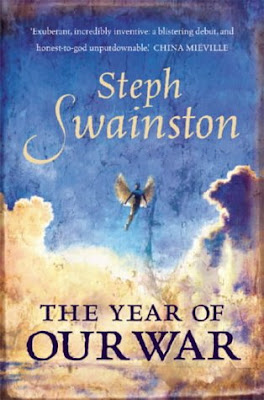 The Year of Our War

Published in 2004, The Year of Our War is noted for its vivid (and occasionally hallucinogenic) prose and its success in taking the old fantasy standby - a civilisation defended by some huge threat by a massive wall - and turning it on its head. The enemy this time is a race of insects, but humanity is defended by a race of super-powered immortals who serve as rulers and defenders and generals. The weirdness is generated by Jant, the main protagonist, who is a drug-addict and sometimes wastrel but also someone who can visit a supernatural realm of the undead where he can gain vital clues about the enemy. The immortals are riven by internal dissent, politics and love feuds that sometimes distract them from the threat that looms in the north. It is a strange and odd book that, as with Miéville, actually features some pretty robust worldbuilding and well-paced plot developments.

This was the first book in The Castle Series, and was followed by No Present Like Time (2005) and The Modern World (2007). Steph Swainston has since published a prequel, Above the Snowline (2010). However, she also vocally criticised the modern requirement by publishers and the marketplace for authors to engage in social media, marketing and networking, feeling this took too much time away from writing. She has since taken up a day job in chemistry, but continues to write a fifth book in the series in her own time. 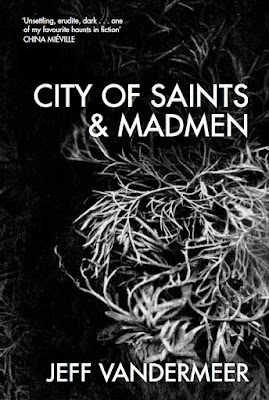 Other Works of the Weird

After Miéville, the most successful author of the New Weird is Jeff VanderMeer (he even co-edited an anthology called The New Weird in 2007). His novels and short stories set in the fantastical city of Ambergis - Cities of Saints and Madmen (2001), Shriek: An Afterword (2006) and Finch (2009) - proved both popular and influential, as did Veniss Underground (2003), set in a different milieu but likewise bizarre and strange. His most recent major work is the Southern Reach Trilogy, an original take on the haunted lighthouse trope.

The most surprising book of the period is K.J. Bishop's The Etched City (2003), mainly because the author has not so far followed it up with any other work. Although not as well known as Miéville, Swainston and VanderMeer, Bishop's book may be the most succinct summing-up of the subgenre of the bizarre. 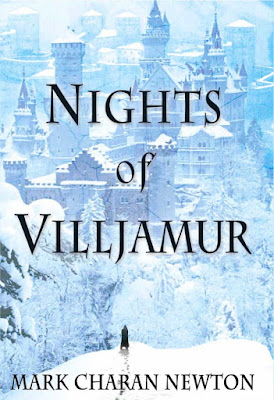 The New Weird never really went away, but it did start to drift into other forms of fantasy. Alan Campbell's superb Scar Night (2006) brings together the New Weird with elements of urban fantasy. It is somewhat let down by its less ambitious sequels, Iron Angel (2008) and the disappointing God of Clocks (2009), which relies on a retcon ending. Mark Charan Newton's Legends of the Red Sun series (starting with Nights of Villjamur in 2009) may be seen as an attempt to merge the New Weird with the Dying Earth subgenre popularised by Jack Vance in 1950. It is a strong and original voice, hampered by a far too-rushed conclusion.

More recently the New Weird has kind of merged into fantasy as a whole. Francis Knight's Rojan Dizon trilogy (starting with 2013's Fade to Black) feels like it should be New Weird, set as it is in a towering vertical city inside a mountain, but it is played more straight as a standard urban fantasy with epic undertones. Luke Scull's Grim Company trilogy is much more set in a post-New Grim sword and sorcery world, but the immortal god-sorcerers and their ability to warp reality results in strange and bizarre consequences (and otherwise sets his work aside from the likes of Joe Abercrombie, to whom he shares superficial similarities).


As the 2000s started in earnest, traditional epic fantasy remained popular but perhaps less so that in the previous decade. Publishers looked for different kinds of fantasy, from the baroque oddness of Miéville to the everything-and-the-kitchen-sink fantasy of Steven Erikson, but if there was one direction that epic fantasy was taking it was into darker territories, where philosophy and morality and ideologies were entwined and complicated, resulting in some of the most interesting - but also controversial - works published in the history of the genre.
Posted by Adam Whitehead at 17:33

Never warmed to New or Old Weird...except in horror, where it sorta fits.
Mieville's vocal Marxism rubbed me wrong early in PSS and he's never made it back onto the 'to-read' bookshelf. I like Jeff Vandermeer better but still...

I can suspend disbelief if you help me to do so. The New Weird doesn't give me enough to hang onto. I wonder what the sales figures of New Weird and 'literary' fantasy are like? It wold be interesting to compare to more conventional epic fantasy.

@ Mark Andrew Edwards -- I've always found that Miéville is not at all didactic or "vocal" about his political views in his fiction. Marxism permeates the worlds he creates because that's the lens through which he thinks and imagines, so the books do pay attention to the politics and daily realities of his cities and characters. But he never sets out with some kind of political agenda or point to make, as though the story were a means rather than an end.

I have to agree with Mark. Of all the ones you mentioned I read PSS, Scar Night and Nights of Villjamur. Of all three I thought PSS the least terrible (but still fairly terrible) and Scar Night absolute trash. NoV had a few interesting ideas but an extremely weak execution with toe-curling dialogue. I like to feel that any investment on my part is worth the time and the New Weird (as far as I have read it) just doesn't deliver that for me. To me it feels more often than not contrived just for the sake of being weird.

Personally I LOVE the new weird. Having read everything Miéville, Swainston and Vandermeers reach trilogy. I'd possibly add some of Stephen Hunt's books to this, even if they're a a lot lighter in tone they do mix up quite a lot of the settings in an interesting way (postapocalyptic, underground aztec empires, aliens and superbeings et c).

I found NoV to be really horrible btw, don't even recall if I finished it.