The cover art has been released for Dancer's Lament, the first novel in the Path to Ascendancy series. This is a prequel series to the Malazan Book of the Fallen and charts the rise to power of Kellanved and Dancer, as well as the founding of the Malazan Empire. 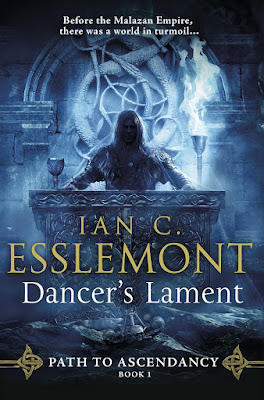 I hope this book is actually about Dancer and Kellanved, and not about 20 other random characters that almost meet them, sort of, once or twice. It will probably be great in any case.