Trailer for the WARCRAFT trailer

Blizzard and Legendary have released a trailer for the WarCraft movie trailer.


The full trailer (trailer) will be released on Friday, but you'll have to wait until 10 June 2016 for the full movie (not a trailer). 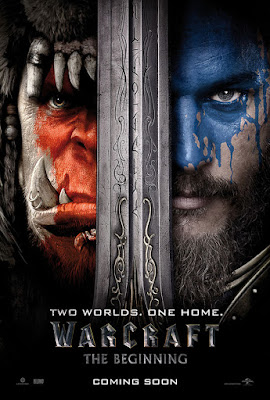 A new movie poster has also been released. Intriguingly, most versions of the poster call the film just WarCraft, but the UK poster calls it WarCraft: The Beginning. Whether that's just a tagline or a hint the film's title may be changed is unclear at present.
Posted by Adam Whitehead at 19:12