Miranda Otto returning to LORD OF THE RINGS as Eowyn

Lord of the Rings veteran Miranda Otto is returning to the franchise and will reprise her role as Eowyn in the upcoming animated film, The War of the Rohirrim. Eowyn will serve as the film's narrator. 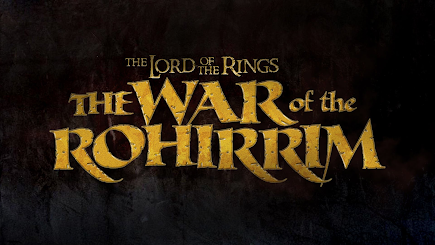 Otto played the role of Eowyn in Peter Jackson's original movie trilogy, gaining considerable acclaim for her performance. The new film is set over 180 years before the events of the Lord of the Rings story.

The film is executive produced by Philippa Boyens, who co-wrote both the Lord of the Rings and Hobbit movies. Artists Alan Lee and John Howe and Weta effects guru Richard Taylor are also attached to the project. Peter Jackson is not officially involved, but has acted as an unofficial consultant on the project. Kenji Kamiyama is directing.

The project is the source of some controversy, having been put into production to allow Warner Brothers to retain their movie rights to the Lord of the Rings franchise. However, that is disputed by the Saul Zaentz Company, who inherited the rights that J.R.R. Tolkien sold in 1969 and licensed them to New Line in 1997 (Warner Brothers later acquired New Line). According to the Saul Zaentz Company, the deal required production of a live-action film to start within a certain amount of time once the previous movie (2014's The Hobbit: The Battle of Five Armies) had been released. An animated film did not fit the bill. Warner Brothers dispute that requirement, and the two companies have been in arbitration on the issue for some months.

The new project is not related to the upcoming Lord of the Rings prequel television series, The Rings of Power, which is being produced under a separate deal between Amazon Television, the Tolkien Estate and Warner Brothers. It is understood, though, that if Warner Brothers is unsuccessful in keeping the film rights, Amazon would be very interested in acquiring them.

Email ThisBlogThis!Share to TwitterShare to FacebookShare to Pinterest
Labels: j.r.r. tolkien, lord of the rings, war of the rohirrim