BERSERK to be completed by Kentaro Miura's lifelong friend and collaborator

It has been confirmed that the late Kentaro Miura's incomplete manga magnum opus, Berserk, is to be completed by his longtime friend and occasional collaborator Kouji Mori, working with his existing publishers and artists. 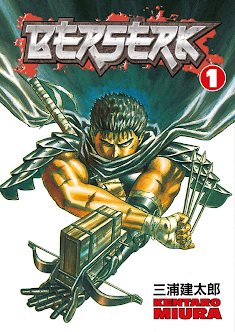 Miura wrote and largely drew 363 chapters of Berserk from 1989 until he passed away in 2021 at the far-too-young age of 54. These chapters had been assembled into 41 volumes (essentially, graphic novels). Miura had become infamous for his slow work rate and exacting perfectionism, sometimes going several years at a time without producing new material. This perfectionism had paid off, with more than 50 million sales making Berserk one of the biggest-selling manga series of all time.
Kouji Mori has known Miura since the age of 15 and the two had frequently discussed plans for their respective manga series. Mori is known for his own work in the field, with Holyland being particularly highly-praised and critically respected. Miura had divulged the full storyline of Berserk, including its ending, to Mori some years before his passing and told him he was the only other person to know how it ends.
Miura had also spent some years working with a team of artists at Studio Gaga in replicating his art style to help speed up his production rate. These artists will be working with Mori on the new chapters of the story.
Both Studio Gaga and Kouji Mori note they cannot hope to replicate Miura's writing and art style in full, but they hope to provide the next best thing and deliver an ending to the saga for the fans and dedicated to Miura's memory.
Posted by Adam Whitehead at 21:37