Homeworld 3 is the latest game to fall foul of the postponement curse. The game will miss its long-scheduled autumn release window and will instead launch in "early 2023." 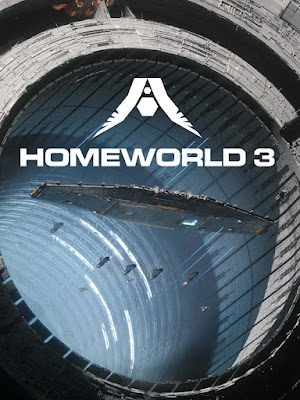 The game is actually the fifth title in the long-running science fiction strategy franchise. The series kicked off with Homeworld in 1999 and continued through Homeworld: Cataclysm (2000), Homeworld 2 (2003) and planet-bound prequel Homeworld: Deserts of Kharak (2016). The original two games were also revamped as Homeworld Remastered (2015). Homeworld 3 has been eagerly awaited by fans for many years and was crowdfunded through the Fig service two years ago to success.

The game is being developed by Canadian studio Blackbird Interactive, which spun out of Relic Entertainment (who created Homeworld and Homeworld 2), which many veterans of the original games working on it. The new game picks up some years after the events of Homeworld 2 and sees a new mothership, the Khar-Kushan, launched to deal with a new galactic threat.

A huge number of games have recently been delayed from 2022 to 2023, most notably Bethesda's epic SF RPG Starfield. Only a small number of notable games remain on the schedule for this year, including Marvel tactics game Midnight Suns and God of War sequel Ragnarok, although the latter is widely expected to also be delayed.

Despite the delay, it's a reasonably good year for Blackbird who recently launched the critically-acclaimed spacecraft disassembly game Hardspace: Shipbreaker and have just launched real-time strategy game Crossfire: Legion into Early Access.

Blackbird have promised a more in-depth look at the game during Gamescom 2022 at the end of August.