Nickelodeon and Team Avatar have confirmed that they are now working on three new Avatar: The Last Airbender-related animated films and a TV series. One of these projects will be CG-animated, the others using the more traditional techniques of the original series. 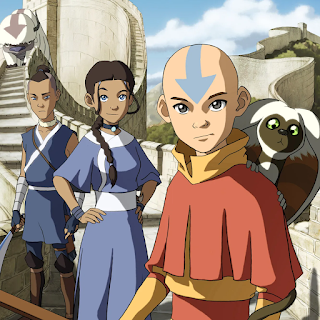 It was announced in February 2021 that Nickelodeon had set up a new dedicated studio to exclusively focus on new animated projects in the Avatar: The Last Airbender world. Original creators Bryan Konietzko and Michael DiMartino are heading up the studio which will involve a number of different projects in total. Eric Coleman, who also worked on the original animated series, is on board as well.

Lauren Montgomery, who worked on Voltron: Legendary Defender and The Legend of Korra, will direct the first of the three movies. At the moment the plan is for the three movies to be unrelated, not part of a trilogy. The time period and characters involved are unknown.

Avatar: The Last Airbender ran for three seasons from 2005 to 2008, achieving immense critical acclaim and commercial success. Sequel series The Legend of Korra ran for four seasons from 2012 to 2014. There have also been a number of spin-off novels, graphic novels and video games.

I'm getting heavy Star Wars vibes from this - squeeze as many storytelling opportunities out of the lore of an original work as possible. Filling out all the blank spaces of the map with stories vastly inferior to the infinite potential of something left to the imagination. But hey, people obviously needed to learn how Chewbacca got his nickname "Chewie", so bring it on.