Starfield is set in the year 2330, after humanity has expanded into space and colonised numerous worlds, but has halted large-scale exploration efforts into unknown space. You are initially a solo operator with your own spacecraft, the Frontier, which you use to do odd jobs. Early on in the game you get an offer to work for Constellation, the last organisation trying to carry out exploration efforts. Constellation has uncovered artefacts of possibly alien origin and want you to help out in finding more. As normal for a Bethesda game, however, you can choose to join other factions (the United Colonies, Freestar Collective or Crimson Fleet) or ignore the factions altogether and strike out on your own path. As usual there is a central storyline you can follow or ignore, and a vast number of side-quests and AI-generated missions to undertake. 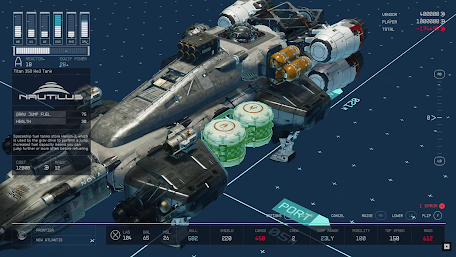 You also have your very own spacecraft, the Frontier, which you use to move between star systems and planets. You can customise the Frontier, or ditch it and get a new spacecraft, or even design your own starship completely from scratch. You can recruit crewmembers for your ship to improve its effectiveness and abilities. And yes, you can manually pilot your ship from planet to planet and engage in space combat when provoked. 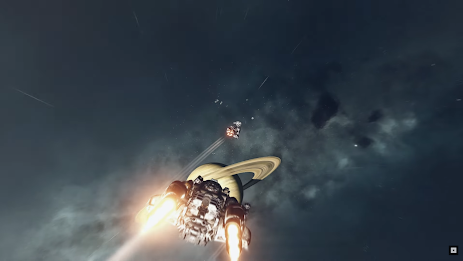 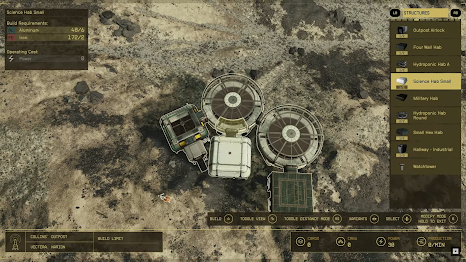 Base-building from Fallout 4 returns. You can now set up outposts on different planets with different focuses, including gathering resources or defending important areas. You can also recruit crewmembers for bases and build defences for them. There's also a swish new interface for building bases (a top-down design system rather than having to walk around and manually place everything yourself). During gameplay you can walk around and gather resources, including using a mining laser to acquire minerals. 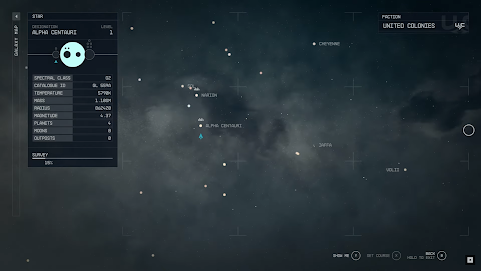 The biggest surprise is the scale of the game. There are more than 100 star systems with multiple planets in each system, for more than 1,000 visitable planets in total. You can land anywhere on a planet and set up bases, explore or gather resources. There are set locations on planets where stories and quests unfold, and presumably you can only land at proper starport facilities there, but otherwise the worlds are your oyster. A key question is what there will be to do on these (presumably) procedurally-generated planets or if too many of them will be empty. 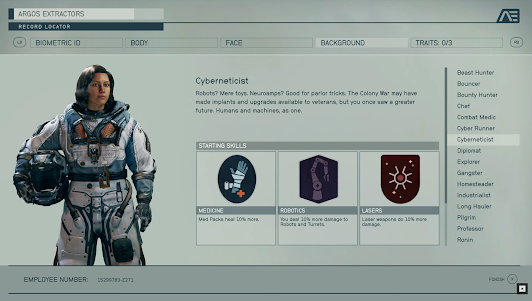 Something the game does improve on versus Skyrim and Fallout 4 (Bethesda's last two single-player RPGs) is the actual RPG system. Character creation is more in-depth than ever before (you can even choose between different walking gaits) and you can select backgrounds which grant you disadvantages or advantages (including Traveller-inspired background careers you had before becoming a freelance space person). As well selecting new skills, you can improve skills through use in-game. It sounds like you will also gain in-game advantages from unlocking achievements, which is an interesting idea.

The game is an interesting mix of standard Bethesda gameplay - complete with familiar, slightly janky combat, weapon customisation and lockpicking - and new ideas which have been inspired by other games, such as The Outer Worlds and especially No Man's Sky. It'll be interesting to see how it plays.

Starfield launches on Xbox and PC in "early 2023."