THE LAST OF US to make the jump to PC, releases more images from the TV series

Sony's mega-selling video game The Last of Us is making the jump to PC, reasserting Sony's commitment to bringing many or most of its biggest franchises to the platform in a move unthinkable just a few years ago.

The Last of Us is one of Sony's most important franchises, a post-apocalyptic saga developed by Naughty Dog Studios. The two games see Joel, a smuggler, escorting a young girl, Ellie, to safety in a North America ravaged by a fungal plague that has turned most people into cannibalistic monsters. The Last of Us (2013) and The Last of Us, Part II (2020) are among the biggest-selling individual video games of recent years.

The first Last of Us, now retitled The Last of Us, Part I, is getting a remake for PlayStation 5, but the news that the remake will also be available on PC is the bigger news. Sony has been porting more and more of its exclusives to PC recently, but it was questionable if The Last of Us, a proven console-seller title by itself, would make the jump. That now appears to be the case. 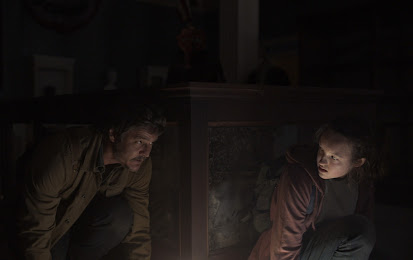 Meanwhile, HBO are preparing to launch a television series based on the first game in the series, starring Pedro Pascal as Joel and Bella Ramsey as Ellie. HBO have released a new image from the TV show and revealed that Troy Baker and Ashley Johnson, who voiced the characters in the games, have been cast in the TV show as different characters.

The TV series doesn't have an airdate yet, but is expected to launch on HBO before the end of the year.

Email ThisBlogThis!Share to TwitterShare to FacebookShare to Pinterest
Labels: naughty dog studios, sony, the last of us

Such wonderful news. I’ve been hoping for a port for some time now.