It's taken a remarkable amount of time, but the Shadowrun RPG trilogy has finally arrived on console. Shadowrun Trilogy: Console Edition launches today on PS4, PS5, Xbox One, Xbox S/X and Nintendo Switch, as well as Xbox Game Pass. 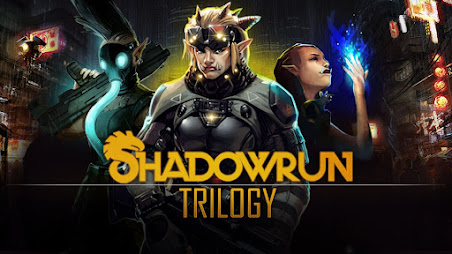 Despite being called a trilogy, these three game are actually independent, self-contained titles. In each game you create a new character in the Shadowrun setting - think of a mash-up of Dungeons & Dragons and cyberpunk, with fantasy races and magic existing in a technologically-advanced near-future - and then embark on a story packed with puzzles, companion characters, dialogue and turn-based tactical combat.

The three games are Shadowrun Returns (aka Dead Man's Switch), Shadowrun: Dragonfall and Shadowrun: Hong Kong. Each game takes around 15-20 hours to complete, rather more if you go for a completionist playthrough, and they are all well worth your time.