Sony's much-praised Spider-Man video games are making the transition to PC this year. Spider-Man launches on 12 August and will be followed by Miles Morales a couple of months later. Both will be the remastered editions designed to take advantage of superior modern hardware. 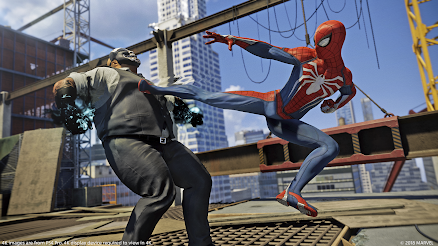 Spider-Man was released in 2018 on the PlayStation 4. Developed by Insomniac Games (best-known for the Spyro the Dragon, Ratchet & Clank and Resistance franchises), the game was a huge success. It was praised for its open-world depiction of New York City and freedom in allowing the player to go where they wanted whilst fulfilling typical Spider-Man goals like rescuing civilians and defeating villains. The game contains a main storyline revolving around the villainous Mr. Negative and various side-missions. The game was particularly praised for its web-slinging sense of movement.

Spider-Man was enormously successful, selling more than 33 million copies to become one of the biggest-selling individual games of its generation. A stand-alone expansion, Spider-Man: Miles Morales, was released in 2020. A sequel, Spider-Man 2, is in development for a planned 2023 release.

Spider-Man is the latest in a series of well-received ports of formerly PlayStation-exclusive titles to the PC, following on from Horizon: Zero Dawn, Days Gone, God of War and the forthcoming Uncharted: Legacy of Thieves collection. Sony have confirmed that income from these ports will exceed $300 million next year, making future ports to the PC platform a priority for the company. Fans are hoping that the Last of Us and earlier Uncharted games, Bloodborne, Demon's Souls and Ghost of Tsushima will follow.