Jennifer Ehle confirmed for A GAME OF THRONES

Respected British-American actress Jennifer Ehle has been cast as Catelyn 'Cat' Stark in HBO's A Game of Thrones. 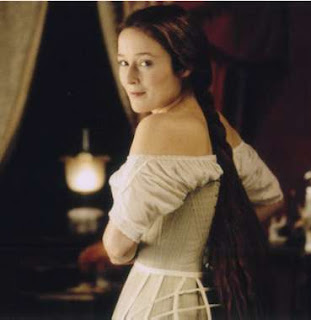 Ehle rose to fame in the 1990s through a string of acclaimed performances on TV and screen. She hit the big time in 1996 when she played Elizabeth Bennett in the BBC's possibly definitive version of Pride and Prejudice, opposite Colin Firth. She has appeared in numerous TV, film and stage roles since, winning multiple awards (including a BAFTA and two Tony Awards). 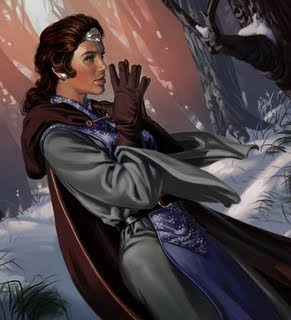 Catelyn Stark is the wife of Lord Eddard Stark (Sean Bean), Lord of Winterfell and the North. Cat, originally of House Tully, was supposed to marry his elder brother Brandon, but when Brandon was murdered by the Mad King Aerys, she wed his younger, dourer brother instead to secure the alliance between their houses. Initially unsure of their marriage (since Ned brought home a bastard son from the resulting civil war), she now loves her husband and is fiercely loyal to him and to their five children: Robb, Sansa, Arya, Bran and Rickon. Although generally a positive and generous person, Cat has a strong, ruthless streak which comes out in her dealings with Jon Snow, Ned's bastard son. As the wife of one of the ruling lords of the Seven Kingdoms and daughter to another (and her sister Lysa is married to a third, Jon Arryn), Cat has impressive diplomatic and political skills and acumen, and sometimes advises her husband on important matters.

This is an impressive casting coup for the series. Jennifer Ehle is a very strong actress who has played a full variety of roles over her career, and should be able to portray Cat - one of the series' more complex characters - very well.

Further casting announcements are likely in the next few weeks.
Posted by Adam Whitehead at 04:27

By the gods! What disgusting artwork!--
Excellent news though. Ehle is an impressive actor.

This sounds very promising. I hope this series becomes a success. Too many fantasy adaptions have failed hard over the years.

Yeah, Cat is not very well served by the artwork. There's great pictures of Tyrion, Ned, Jaime, Cersei etc, but not much of Cat.

I dunno about her acting, but she certainly looks perfect for the role.

Catelyn art is pretty scarce yeah. I found this picture from the CCG that's not all bad, and this deviantart rendition has a nice somber tone. Catelyn did not like the cold North.

This is the Cat art you should use!