The Tooth Fairy by Graham Joyce

When he is a young boy, Sam Southall loses a tooth and leaves it out for the tooth fairy to collect. Unfortunately, the tooth fairy is unhappy when Sam wakes up during the collection process, and the result is a long, fractious and unpleasant relationship that lasts the remainder of Sam's childhood. 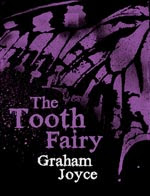 As the years pass and Sam moves through adolescence with his best friends, Terry and Clive, their lives seem to be stricken with more than their fair share of tragedy and misfortune. Is this the doing of the malevolent tooth fairy, or is she merely a figment of Sam's imagination? A psychiatrist tries to get to the truth, with mixed results.

The Tooth Fairy was originally published in 1996 and won the British Fantasy Award the year after. It has gone on to become arguably Joyce's best-known novel. It is an effective, emotionally resonant story about growing up, childhood friendships and awkward teenage romances, with the question of whether the tooth fairy is real or merely a figment of Sam's mind providing an interesting and ambiguous mystery throughout the story. 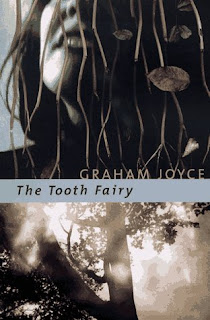 It's told in an earthy manner, with some violence and sexual references, but not in a gratuitous manner. Iain M. Banks is a big fan of the novel and some echoes of The Wasp Factory can be detected in the book's uncompromising attitude, although The Tooth Fairy is somewhat more optimistic. The characters and situations are well-drawn, the family relationships work well and the fantastical elements are explored interestingly, although those looking for neat answers best be warned that there aren't any. The reader is often encouraged to come up with their own explanations and interpretations of story developments. Joyce nails the awkwardness of growing up very well in the book, and the atmosphere of life in the 1960s comes through nicely.

The Tooth Fairy (****½) is a dark, intriguing story about adolescence, family and friendships, well-told and enjoyable. The book is available now in the UK and USA.
Posted by Adam Whitehead at 17:58