Valve have confirmed that Portal 2 will ship as a stand-alone release (no Maroon Box or something this time around, then) for Christmas 2010. No platform announced, but based on previous releases we can guess it'll be for PC and 360 first, followed by PS3 a few weeks or months later. Next month's Game Informer magazine in the US will feature the full lowdown. 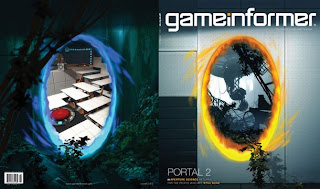 Splendid news. Portal is one of the most impressive and enjoyable games of recent years. As a bonus, Valve have also been rather unsubtly hinting that Steam and all of their Source-based games will soon be available on Macs and OS X soon as well.
Posted by Adam Whitehead at 15:39