White is for Witching by Helen Oyeyemi

Miranda Silver is a smart young woman about to start her first year at university. She also suffers from pica, an eating disorder which gives her an appetite for chalk, and has a variable relationship with her father, her twin brother Eliot and her mother Lily. When Lily is killed on a visit to Haiti, Miranda finds herself caught up in unusual events at the family home in Dover. 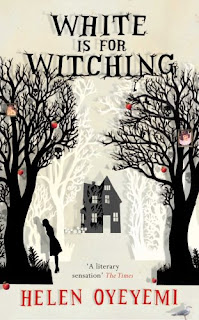 White is for Witching is an unusual novel, a haunted house story with a difference. The book moves between several different points of view - Eliot, Miranda's best friend Ore and, oddly, the house itself - and an omniscient viewpoint focused on Miranda herself, the shifts sometimes occurring mid-chapter. Each shift in viewpoint is accompanied by a shift in prose and narrative style, moving from Eliot's straightforward narration to Ore's more relaxed and offbeat style to the twisted, surreal viewpoint of the house, whilst the narration surrounding Miranda's sections of the book takes on a dreamy, surreal hue.

The result is a book that should by rights be a mess, but is instead a very accomplished and thought-provoking work. The author alternates between the prose styles and viewpoints according to a certain rhythm, giving the whole book an almost poetic cadence as the story proceeds inexorably around in a large circle, eventually coming back to where it begins (to the point that re-reading the first few chapters immediately after completing the book can be very rewarding). The result is a clever, fascinating work that stands up to repeated readings. 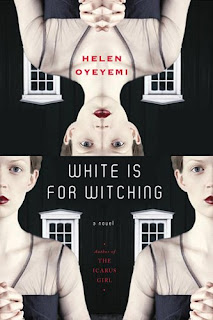 The book has a few flaws. The shifts in narrative style mean that getting a handle on what is going on feels slightly more complex than it should be, whilst the behaviour of some of the secondary characters (Miranda's father, most notably) is a bit odd and possibly unrealistic given the weird events that are going on, and of course the constantly shifting pattern of the story means it's a book that demands some effort and attention from the reader.

White is for Witching (****) is an accomplished, confusing, poetical, melancholy and highly accomplished novel. It is available now in the UK and USA.
Posted by Adam Whitehead at 13:10

Email ThisBlogThis!Share to TwitterShare to FacebookShare to Pinterest
Labels: helen oyeyemi, white is for witching

Oh, good work for picking up on this one. One of the better fantasy novels published last year, I think.

I agree with the above; I enjoyed it a lot last year on US publication, reviewed it and ranked it high in my 2009 EOY post - I ranked it against the Booker novels and the like not against genre sff since I thought the fantasy parts are subsumed to the writing, characters...

Some books like this you may like are Girl with the Glass Feet/Shaw and How to Paint a Dead Man/Hall, while on the blockbuster side, Her Fearful Symmetry/Niffenegger is good too

I'm glad you mentioned the dad - I really didn't think his character hung together at all compared to the others. I just wanted him to get off the page so that we could have more of Ore!

@ Liviu - yes actually, How to Paint a Dead Man would be a good thing for someone to go on to after this...

This one looks right up my street.

I shall be seeking this out to read, thank you for the review. :-)