There are three classic games currently under development or consideration that may raise a smile for old-time gamers. 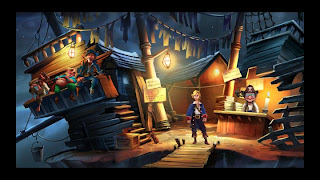 Starting with the confirmed title, LucasArts has confirmed that Monkey Island 2: LeChuck's Revenge is being re-developed for a Summer 2010 release on PC, X-Box 360 and PS3 (the special edition of Monkey Island 1 is also due on PS3 shortly).

Originally released in 1992, Monkey Island 2 is almost certainly the single greatest adventure game ever made, topping its predecessor with far more gorgeous graphics and some of the greatest music in the medium. The previous Monkey Island remake was a great success, but it remains to be seen if The Curse of Monkey Island (the third game in the series) will also be remade. 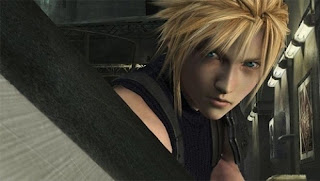 Next up is Final Fantasy VII. Whilst the seventh game in the series (although, like all games in the sequence, it is completely stand-alone with no connections to other titles aside from a similar control system), it was the first to be released for the Sony PlayStation console (and PC) and the first to be a massive smash-hit success in the West, thanks to its epic storyline, compelling characters and (for the time) jaw-dropping cut scenes, despite a ropey English translation.

A few years back, Square Enix re-rendered the game's opening cinematic for the PS3 as an 'experiment' that had fans gagging for a full remake. The company has revisited the possibility several times with no firm commitment, until a recent statement by Square's CEO that the company (who have just delivered and released Final Fantasy XIII) is now going to seriously sit down and see if the project is financially viable and technically possible. No guarantees, but this is an interesting move. A FF7 re-release lifted up to the graphical quality of the latest games (Final Fantasy XIV, an online multiplayer game, is already in an advanced stage of development) would no doubt be a massive success. More on this when Square announce their decision.

In the 'heavily rumoured' category, the well-regarded Starbreeze Studios have been jointly developing two projects for Electronic Arts, one being a new Jason Bourne game and the other being a revisiting of a 'beloved franchise', which insiders have apparently leaked is Syndicate. Recently the Bourne game was dropped (apparently for want of a movie to link it to) so the team could concentrate all their energies on the other title. If this is true, it sounds like the Syndicate remake (if that's what it is) could be stepping up into a full development cycle. If so, expect official confirmation in the near future. 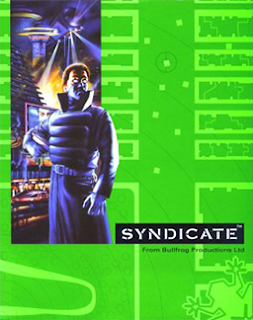 Syndicate, released in 1993, was a major success on the PC, Mac and Commodore Amiga. Developed by Peter Molyneux's Bullfrog Games for EA, it was remarkable for its depiction of a series of cities (no less than fifty, some of them huge) the player's team of cyborgs would have to take over in an aggressive corporate war. As more cities joined the player's empire, more funds would pour in, allowing the research and development of more powerful weapons and cybernetic implants. The game was notable for its depiction of 'living cities' featuring civilians going about their daily business and reacting realistically when all hell broke loose (i.e. running away screaming when guys in threatening trenchcoats produced miniguns and let rip at one another), as well as vehicle use and the ability to use public transportation like trains and monorails, all many years before the likes of Grand Theft Auto. A 1996 sequel, Syndicate Wars, was also well-received and rumours have abounded of a new game in the series since then.

Starbreeze, the developers of the excellent Riddick games Escape from Butcher's Bay and Assault on Dark Athena, as well as the stand-alone title The Darkness, have excellent form and could produce an interesting Syndicate game. Even more interestingly, a new Syndicate game would also be a good fit for the cyberpunk author Richard Morgan, who recently started advising EA on three new titles (see previous post). It remains to be seen if this will recreate the original game's overhead, isometric viewpoint or move to a full-3D mode or some mix of the two.
Posted by Adam Whitehead at 00:31

Syndicate Wars was pretty awesome - happy memories of blowing up banks and nicking the money, with police hover cars firing at you as you legged it for cover...

Never completed it though, it was one tough game.

I'd buy a new suped up PC just to play a modern Syndicate. That and Diablo 3. I'm not a huge gamer any more but those two would get me out of retirement.