THE HOBBIT starts production in June

According to Ian McKellen, the two movies based on The Hobbit will begin filming in New Zealand in June 2010. Casting is already underway behind closed doors in LA, London and New York. The first film is currently tentatively scheduled to be released in December 2012, with the second film in the following year. 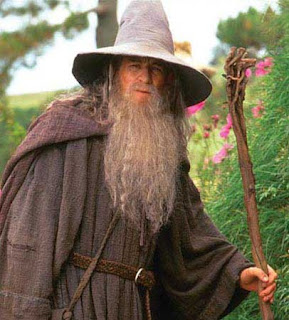 No word yet on who will be playing Bilbo Baggins, only that McKellen and Andy Serkis as Gollum will be reprising their roles from the trilogy, with Hugo Weaving also expected to return as Elrond.
Posted by Adam Whitehead at 10:58

Very exciting! And excellent director choice, too. The Devils' Backbone and Pan's Labyrinth are outstanding films.

That's sweet news. It's a great story that I think will convert well into film.