James from Speculative Horizons has unveiled the new cover art by Benjamin Carre for the UK version of The Republic of Thieves by Scott Lynch. The book was completed late last year and is currently undergoing rewrites and edits for a Spring 2011 launch in both the UK and USA. 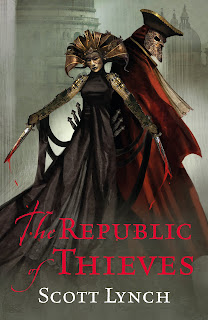 Meanwhile, courtesy of Dark Wolf, are the French covers for the first two books in Kate Elliott's Crown of Stars series, King's Dragon and Prince of Dogs. The cover artist is Didier Graffet. 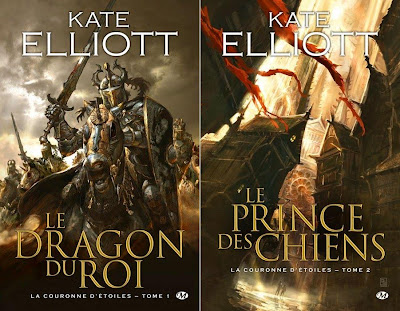 Some nice work there!
Posted by Adam Whitehead at 16:01

Damn, why do the French always get so much nicer covers.

The Crown of Stars ones I have are at best average Fantasy. Not as bad as the infamous WoT covers or the distorted horse on JV Jones' Sword of Black Ice, but still not up to what could be done and sometimes is done these days.