Justin Cronin's THE PASSAGE is heading for the cinema

Justin Cronin's 2010 vampire novel, The Passage, was optioned as a movie by Ridley Scott's production company way back in 2007, based on just the first few chapters and an outline of the full trilogy. With the novel having established itself as a roaring success and the sequel on track for a 2012 release date, work on the movie version is now pushing forwards. 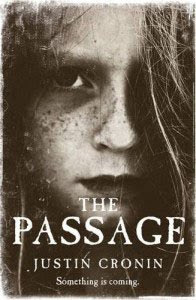 It's been announced that Matt Reeves, the director of Cloverfield and Let Me In, will be directing from a script originally written by John Logan (The Time Machine and Star Trek: Nemesis, though he'd probably prefer it if people put Gladiator at this point), though thankfully the script is now being reworked. Exactly when we'll see it on screen is unclear.
Posted by Adam Whitehead at 16:40

The book is so sprawling it would work a lot better as a mini-series.

The best Stephen King novel that he didn't write.