Finally! An official quasi-update on HALF-LIFE 3

Valve have, famously, said very little about the status of the next game in their core Half-Life franchise. In fact, the head of Valve, Gabe Newell, has been reticent to even comment about it, outside of the standard "It'll be done when it's done," comment and mutterings about Valve Time. 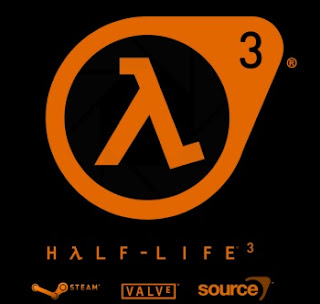 On the Seven Day Cooldown podcast, Newell is asked a question about Ricochet, a minor and highly obscure title that Valve released in 2000 and which Valve themselves do not acknowledge on their own website. Coming after a series of Half-Life questions, Newell suddenly starts talking about 'Ricochet 2'. Given that the chances of a real Ricochet 2 are non-existent, it seems probable that he was actually talking about Half-Life 3/Episode 3 (the fact that both Newell and the show's presenters keep laughing is a bit of a giveaway).

So based on his comments, the situation seems to be that:
With Valve apparently stamping out rumours that the game will be revealed at E3, it seems that the next window for news will be after the release of their current games in development, Dota 2 and Counter-Strike: Global Offensive, both due for release later in 2012.
Posted by Adam Whitehead at 20:38

Gah! Been looking forward to the next installment of Half-Life for ages. :(