Get FALLOUT for free!

GoG.com has a special offer on until Monday. You can get the original Fallout (legally!) for free. That's £0 or $0. You can get it now and download and play later on or whatever. 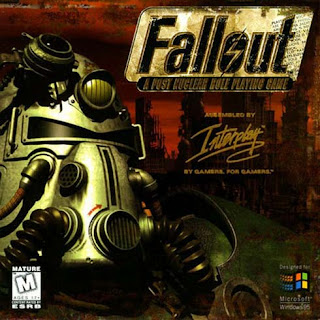 Fallout was originally released in 1997. Set in 2161 in Southern California, the game follows a player-created protagonist as he or she makes their way through a post-apocalyptic landscape. There is a main storyline to follow, lots of side and subquests to investigate, NPCs to talk to and, of course, mutants and bandits to blow away with an impressive array of firepower. The GoG version has been upgraded to work fine (touch wood) on modern PCs and operating systems. Given its age and modest graphics, it should work fine on fairly low-spec machines as well.

It's also good prep work for Wasteland 2, as much the same team who developed Fallout are working on that game. The rights to the main Fallout series are currently held by Bethesda, who will likely start development of Fallout 4 in the near future.
Posted by Adam Whitehead at 13:49