A host of cover art for forthcoming books. 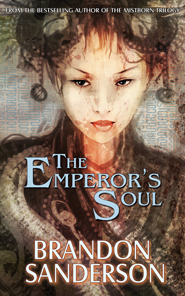 First up is The Emperor's Soul by Brandon Sanderson. This 30,000-word novella is a limited edition from Tachyon Press and sees a young woman use her forbidden magical skills to save the life of a dying emperor. The book appears to be set in Sanderson's unified Cosmere super-setting, but not on one of his established worlds. The book is due in December. 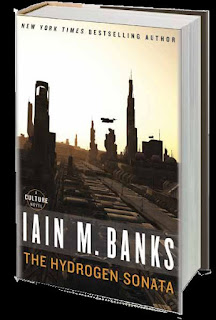 Next up is the American cover art for The Hydrogen Sonata by Iain M. Banks, his ninth novel in The Culture setting. This book is due in October.

The American audience is also getting new covers for the Witcher books by Andrzej Sapkowski. The Last Wish and Blood of Elves are being rejacketed and should be available soon, and will later in 2012 be by The Time of Contempt, which is finally hitting the stands after years of delays due to rights issues. 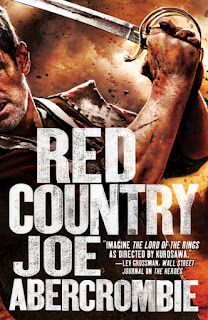 Finally, there's the American cover art for Joe Abercrombie's Red Country (dropping the 'A', at least on this early version of the cover). Aidan has more info on the cover art here. The book is currently being revised and edited and will be out in late 2012 or early 2013.
Posted by Adam Whitehead at 11:43

Hurrah, The Last Wish isn't said to be a novel! Hurrah!

Love the US cover for the new Banks - Orbit UK would want to up their game a bit - a succession of bland covers for all the recent Iain M banks titles.

The cover for Red Country seems to confirm the theory that Logen Ninefingers is returning in this book! Check out the top hand.

Um, Red Country is already available, at least it was on Amazon.ca.