The National contribute to GAME OF THRONES soundtrack

American rock group The National have contributed to the Game of Thrones Season 2 soundtrack. They have recorded the in-universe song The Rains of Castamere for the Season 2 soundtrack album (presumably meaning it will also appear in one of the two remaining episodes of the season). You can hear the track here. 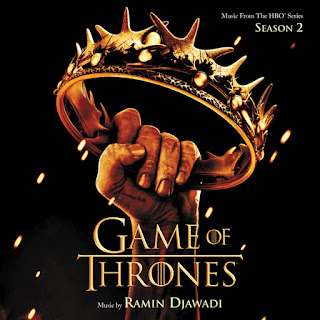 As fans of the books know, The Rains of Castamere is an extremely important piece of music in Westeros. Written to 'celebrate' the annihilation of the rebellious House Reyne by the newly-installed Lord Tywin Lannister, it serves as an example of the fate that befalls rebels. It soundtracks a vitally important scene in the novel A Storm of Swords that should be coming up in the third season of Game of Thrones (which starts shooting in a few weeks). 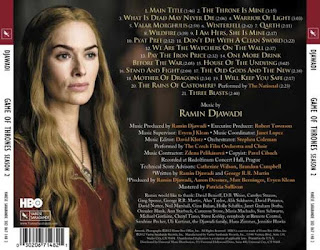 For my money, this is a powerful and impressive version of the song from the books. If they use this on that scene from next season, it should be epic. The Season 2 soundtrack will be released on 19 June.
Posted by Adam Whitehead at 14:28

I never thought the song was that gloomy when I imagined it in my head. I can understand why they're playing it that way for a particular scene, though.

I actually thought it was slightly more upbeat than the version I had in my head (!). The impression I had from the book was that it was more like a funeral dirge.

I prefer Roy Dotrice singing it myself. :P