Two years have passed since Max Payne blew open the Valkyr case and avenged the death of his wife and daughter. However, this has brought Payne no peace. Living in a dingy apartment and relying on alcohol to get through the nights, he lives for his job alone. A new case brings him back into contact with unsavoury characters from his past, such as Russian gangster Vlad and assassin-for-hire Mona Sax, whom Max thought was dead. As the case develops, Max is forced to team up with Mona and is drawn deeper in a web of conspiracies, intrigue and betrayals. 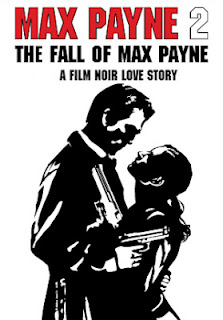 Max Payne 2 was released in late 2003, following on from the immense success of the first game. Finnish developers Remedy remained in charge and much of the same creative team returned. However, the success of the first game meant that the sequel would have a lot more money behind it. The amateurish cut-scenes of the first game (relying on the developers and friends posing for pictures to be turned into comic book panels, as they had no money for professional actors) are gone, replaced by slickly-produced interludes featuring 'proper' actors. The graphics are a huge improvement, with vastly superior character models who can now change their expressions and speak. The bullet time of the first game has been refined and developed further, with different levels of slow-mo now available. The game even opens up a little by allowing the player to control Mona for several missions halfway through.

As with the first game, Max Payne 2 is basically about shooting a lot of people, sometimes in slow motion. That said, just as the first game also mused on themes of revenge, grief and psychological damage, the second has a more ambitious narrative than most shooters. Basically, it's a love story and one of the better-realised love stories in the entire history of gaming (not, it has to be said, that this is a busy field). It works on two levels, with Max and Mona's obvious chemistry forming much of the emotional core of the game whilst Max is also still dealing with the death of his wife. Max's descent into drink dependency (and possibly an addiction to painkillers and phone sex lines) is born of frustration: he killed the woman responsible for the murder of his family and destroyed the conspiracy that led to it, but this has given him no peace. He needs to move on and cannot. The game's title refers not to a literal fall for Max but to the fact that he starts the game at rock bottom, and must claw his way to redemption and self-forgiveness.

This thematic and emotional theme is related through the medium of lunatic ultraviolence. In each level Max has to reach an objective and is usually opposed by a significant number of enemies, in this case members of an enigmatic gang who pose as a cleaning firm. To deal with them he still has the ability to slip into bullet time, where time slows down to a crawl and you can see each individual bullet shooting through the air. This has now been refined, with each enemy killed in bullet time further slowing the action down. A busy gunfight can result in time almost standing still as you take out enemy after enemy. With criticisms that the first game was perhaps a little on the easy side, the developers have added many more tactically challenging encounters to the game, with maximum use of the different types of bullet time being essential to progress.

The weapons load-out is similar to the first game, with the addition of a few new weapons and refinements to the control system (grenades and molotovs can now be thrown with a 'secondary attack' button rather than cumbersomely having to switch manually to them mid-battle), as well as a slightly more involved melee combat option. However, the most notable difference to the first game is the addition of a fully-fledged physics system, one of the very first developed for games. Obviously they're standard in almost all titles now, but at the time it was massive quantum leap forward for the pursuit of realistic character and object movement in games. Remedy go a bit OTT with the use of physics events through the game, but it's pretty impressive stuff. Unfortunately, it's mostly for cosmetic use; there's no physics puzzles of the kind that Half-Life 2 popularised a year later. As mentioned earlier, the graphics are also vastly superior. Playing the first game now requires some forgiveness of the clunky character models, but no such stretching is required for the second game, which still looks great. 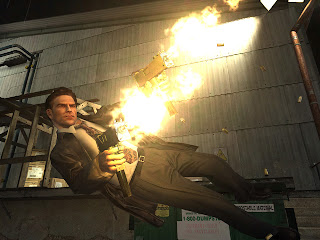 Max Payne 2 also has a notable shift away from the first game in the style of its writing. It's still the same guy writing the story - Sam Lake (who was also the model for Max Payne in the first game) - but he's toned down the ripe and cheesy dialogue and taken the game in a much more serious direction. This could have been disastrous, given that the first game's black humour and thoroughly amusing metacommentary on gaming were a large part of its charm, but it just about works. There are still a few wince-inducing lines, but for the most part it's an improvement. The humour has also been toned down but there are still a few moments that raise some laughs. A moment when a policeman named 'Broussard' - the name of the project lead on the infamously delayed Duke Nuke'Em Forever - is told off for taking far too long to deliver a project and he replies that it will be done when it's done is satisfyingly amusing, however, though of course far more ironic now we know how long that game took to be delivered: from before the original Max Payne started development to eight years after the sequel came out. It's also worth checking out the TV shows that are playing in different levels, as they intriguingly riff off Max's own backstory.

Character-wise, the game is also more successful than its predecessor. Payne's character development, continued from the first game, is impressive but, more importantly, the secondary cast is much fore fleshed-out. Mona Sax makes for a great sparring partner with Payne, and is also intriguingly defined. For Max, Mona is something of a fantasy figure, and the reality is somewhat different to his expectations. Their relationship is intriguing because it is open to interpretation, most notably about whether Max genuinely loves Mona herself or his ideal of her. It's something intriguing to chew on while reloading weaponry between gunfights. Other characters are also better-defined than before, such as Jim Bravura, Max's personal Javert (who hunted him relentlessly in the first game, to no avail) turned mentor, who is revealed as having a drinking problem himself and is trying to help Max overcome his issues with little success. One slight misstep is Vladamir Lem, one of Max's few allies, whose characterisation and motives in the second game feel a bit contrived.

But ultimately, for all the well-realised characters and the emotional storyline at the heart of the game, it's still a game about shooting people. It does that very well indeed, moreso than almost any other game in existence, and coupled with good writing and at least an attempt at artistic ambition, it should make for a slam-dunk, perfec game. Unfortunately, Max Payne 2 is hamstrung by a major problem: its extremely short length. At just over 5 hours, Max Payne 2 is about half the length of the first game. Those 5 hours are consistently brilliant, but on release the game - a full-price release - was severely criticised for its lack of content. Coupled with a lack of multiplayer (acceptable for the PC-centric first game, almost unthinkable for its console-centric successor), this led to the game bombing in sales. Remedy's plans for a third game were cancelled and they moved onto the long-gestating Alan Wake. Rockstar would ultimately save the franchise (Max Payne 3 has just been released at this time of writing), but notably only after they'd figured out a way of making bullet time work in multiplayer. The fact that the game is now available very cheaply means that the value-for-money issue is much less problematic than on release.

Max Payne 2: The Fall of Max Payne (*****) is, in terms of writing, gameplay and graphics, a greater success than the first game. Its brevity is regrettable, but it remains one of the finest shooters ever made. It is available now on Steam for the PC. I suspect a PlayStation Network version will soon be on the way as well. Whether the second game will appear on iOS devices like the first one is unclear (the second game's much more complex graphics and physics may preclude it).

Here's a video of some of the people at Remedy discussing the making of the first two games in the series, and their thoughts on Rockstar's Max Payne 3: